Danny Willett Shines As Jordan Spieth Stumbles At The Masters 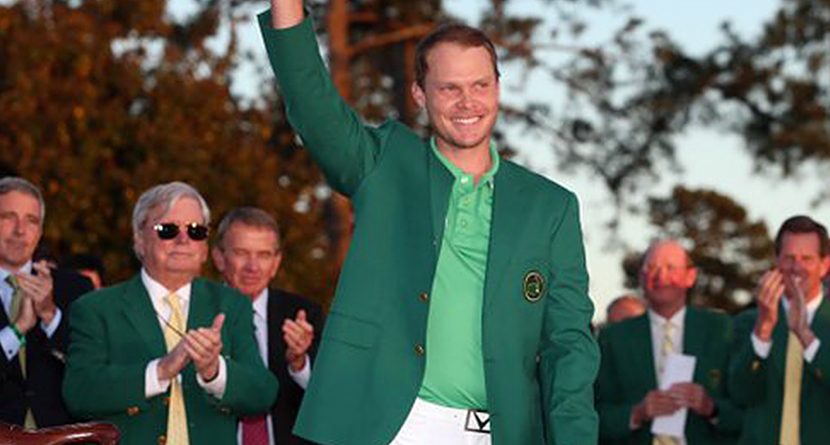 Jordan Spieth had one arm into his second green jacket on Sunday afternoon at the Masters until fate stripped him bare. When temptation paired with an uncommitted swing to doom Spieth on the 12th hole, Danny Willett was positioned beautifully to be fitted for his own blazer.

Spieth’s 44 regular would only be window dresssing for Willett’s coronation in Butler Cabin. 38 regular, coming right up.

The dramatic fashion in which the 80th playing of the Masters turned on its head brings up a water-cooler talk favorite: did Willett win the green jacket or did Spieth lose it? In this instance, the two can’t be separated.

Sure, Spieth dumped two balls into Rae’s Creek at the exact wrong time, taking him from one-shot clear to three-shots back. But Willett shot the round of the day, a flawless 5-under par 67 to put himself in position. Spieth needed a 2-under par round of 70 to match the score Willett posted. And while he was well on his way to matching, if not bettering that number, there’s something to be said for Willett forcing him to do so.

Given golf’s current climate, the immediate aftermath will be remembered for the Spieth collapse. Willett is still a relatively unknown commodity in the United States and as such, won’t be given the credit he deserves.

Coming into the week at 12th in the world rankings, Willett was criminally underrated. The calls for “Danny Willett to realize that he’s Danny Willett” were misplaced and short-sighted. A broader and more accurate (golf) world view would result in Danny Willett knowing he’s Danny Willett — one of the best players on Earth — and that he was due to win.

Spieth said that this loss will hurt more than most, but it’s by no means a career-defining loss. It should be treated as a close call; a harbinger for majors to come that even without his best stuff, he can compete with the best in the world. However, it’s a harsh reminder that winning a major championship with smoke and mirrors requires all the magic in the bag. Spieth simply ran out of magic a few holes short.

If it’s any consolation to Jordan, and I’m sure it isn’t, all the greats—Jones, Hogan, Nelson, Snead, Palmer, Nicklaus—have given them away.

So, sure, Spieth lost it, but Danny Willett also won it.