David Eger: The Man Who Tattled On Tiger 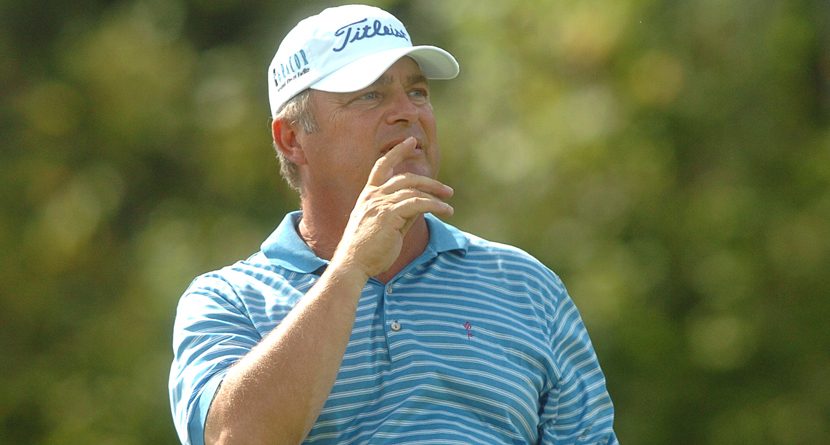 In a perfect world, the biggest story coming out of the 2013 Masters would have been that Adam Scott became the first Australian to finally break the country’s curse at Augusta National (sorry, Shark). But, what happened on the 15th hole during Friday’s second round is what everyone was talking about throughout the tournament.

When Tiger Woods hit the flagstick with his approach shot into the daunting 15th green and the ball took a vicious turn into the adjacent pond, everyone’s immediate reaction was simply, “Ah, unlucky!” But as time progressed and the players finished their rounds, news came about that Woods may have illegally dropped his ball before sticking his fifth shot to three feet and tapping in for par.

Saturday morning’s news was swirling with rumors of a possible disqualification because Woods signed an incorrect scorecard — unknowingly. But perhaps the most intriguing aspect of the story was not whether or not Woods should be DQ’d, but rather, who the heck realized that what he did was illegal?

We now have the answer. Former PGA Tour player and current Champions Tour participant David Eger claims it was him who noticed the illegal drop. He admits to having watched the replay over and over at home on his television and made the call to the Augusta National Committee in hopes that the proper actions would be taken. His motive? Who knows.

All we can wonder is whether or not Tiger would have ever been penalized had it not been for Eger’s phone call. All signs point towards Woods entering the weekend with two more strokes under par to his name. Hindsight is always 20/20.

Next Page: Back9 in 90 – Athletes And Social Issues