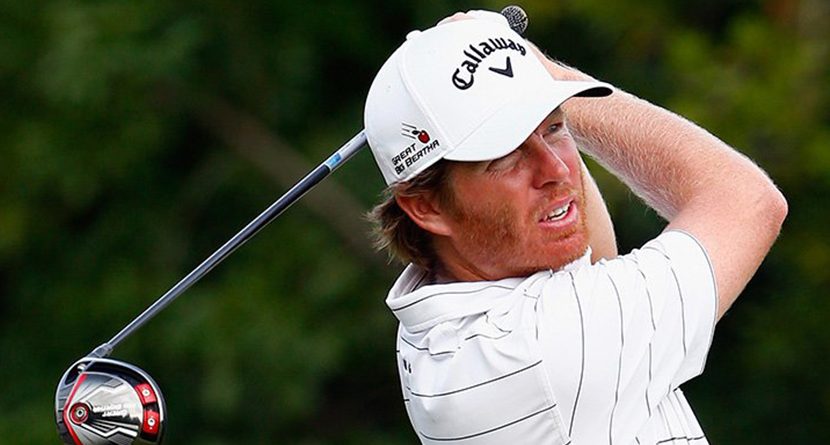 The rain followed the PGA Tour from Malaysia, China and Mississippi to Mexico for this week’s OHL Classic at Mayakoba, making for a soggy and time-adjusted first three rounds of the tournament. 29-year old University of Louisville alum Derek Fathauer holds the 54-hole lead alone after shooting a bogey-free 5-under par 66.

The week has been highlighted by a pair of aces — one on Thursday by Thomas Aiken on No. 10 and one on Friday by Jim Herman on No. 15 — each with their own significance.

Thomas Aiken made an ace on his first swing today. That hasn’t happened since 1990 (Mike Sullivan, Buick Classic). pic.twitter.com/0d9xrXCQFu

Aiken’s first swing of the week resulted in the first ace to begin a round in 25 years on the PGA Tour while Herman’s 1 got him the keys to a BMW 2 Series Active Tourer. Herman got the better the end of that deal.

Fathauer is holding his first 54-hole lead on Tour and looking to become the sixth first-time winner on the PGA Tour this season. To get that first W, he’ll have to hold off Jason Bohn (-15), who is one shot back, as well as a quartet of players at 13-under par that includes last week’s winner, Russell Knox, 36-hole leader Graeme McDowell, ageless wonder Justin Leonard and Web.com Tour grad Harold Varner, Jr.

The winner of the event will likely need a low round to claim the title. Both McDowell and Bohn have fired 63s already this week and Varner tied the course record on Friday with a 9-under par 62.

Kevin Streelman is currently tied for 29th at 7-under par. We draw your attention to Streelman simply to share this video:

After shooting 67, Kevin Streelman is having the most stress-free day ever. https://t.co/rdYMZevOUJ

After the threat of weather moved up Saturday’s tee times, Sunday’s tee times will be similarly adjusted with threesomes going off split tees beginning at 9 a.m.