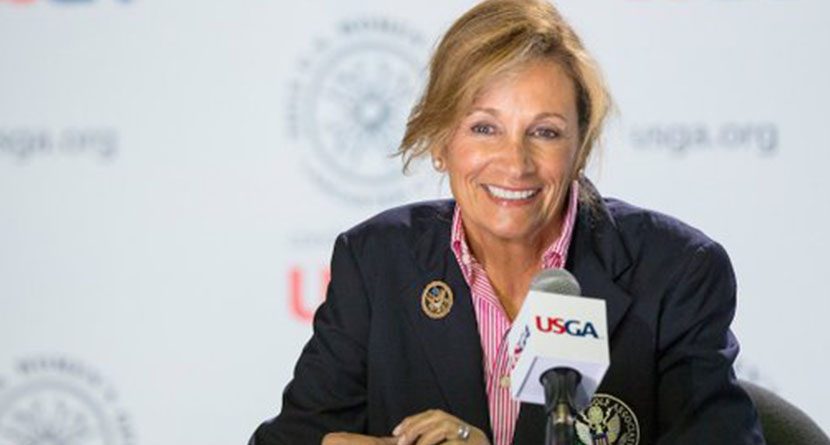 The United States Golf Association officially nominated Diana M. Murphy to become the organization’s second female president on Nov. 30, a post she will be appointed to in February of 2016.

Murphy has a long and encompassing résumé that includes her current role as a USGA vice president and Executive Committee member. She chairs the Championship and Compensation committees and serves on the Audit and Corporate Partners committees at the USGA. Murphy will be the second female to lead the governing body, joining Judy Bell who served her term as president in 1996-97.

“I am deeply honored,” Murphy said in the USGA’s official statement. “Since first being introduced to the USGA in 1988, I have had opportunities to watch the organization evolve and develop stronger relationships with Members, golf facilities and industry colleagues. Golf has greatly benefited from the leaders and volunteers who have come before us, and who continue to give back to the game.

“While having the privilege to serve on the Executive Committee, I have worked closely with Mike Davis, the executive director of the USGA, as he built a diverse management team to reflect the strategic focus of the Association. Together, we remain focused on the health, enjoyment, values and traditions of this wonderful game at all levels of ability.”