Did Louis Oosthuizen Hit The Greatest Hole-In-One In Masters History? 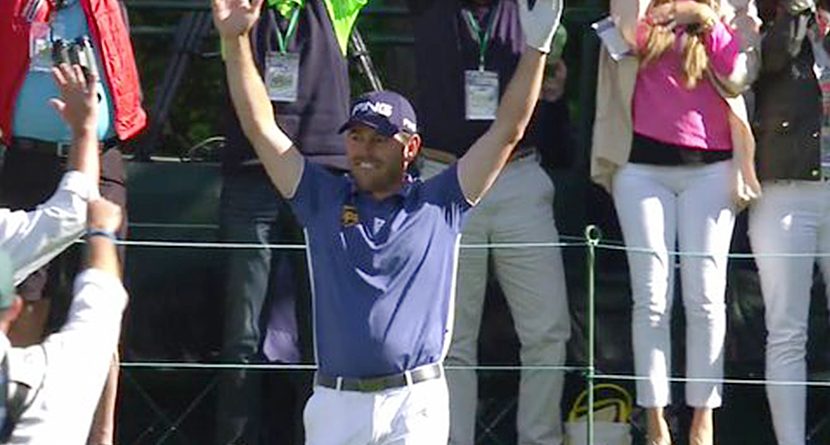 This past weekend, we proclaimed Vijay Singh’s 16th-hole skip in hole-in-one to be the best in Masters history and we still think it was. Until Sunday.

The setting was the same — the 16th hole at Augusta National, Redbud — but the timing was different. Instead of an early-week practice round, it was the back nine on Sunday at the Masters. Louis Oosthuizen and JB Holmes were on the outside looking in coming down the stretch of the year’s first major when two very good shots combined to become the greatest hole-in-one in Masters history.

The rest of the day on the 16th wasn’t too shabby, either. Oosthuizen’s ace was the third of the day, not only the most on 16 during a single day of the Masters, but the most on 16 over the course of a week at Augusta. Shane Lowry and Davis Love III also found the bottom of the  cup.