DJ, Sergio In Position To Win First Major At Oakmont 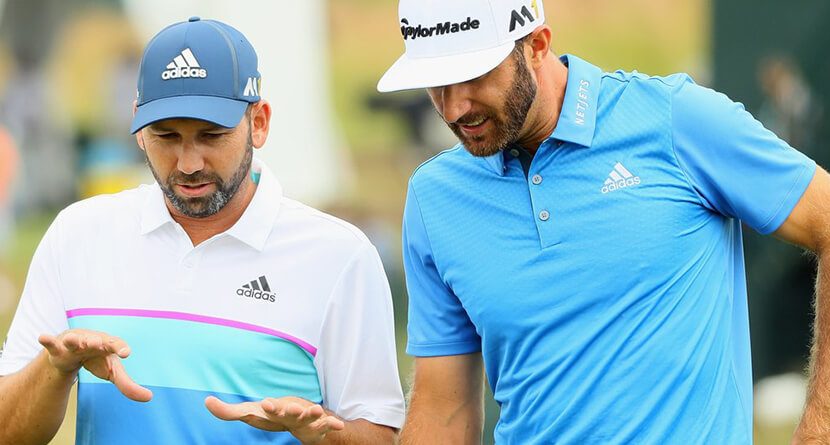 After Thursday at the U.S. Open was washed away by some biblical rain, the clouds parted for the first of two marathon days of golf at Oakmont Country Club. With half of the field not starting the championship until Friday morning, some of late-early wave got in a full 36-holes on Friday in what amounted to be the best conditions of the week.

Leading the way overnight into Saturday were Dustin Johnson and Andrew Landry. Landry still had his second round to play Saturday, but DJ posted back-to-back rounds of 67-69 to sit at 4-under par.

Chasing DJ are a handful of majorless nearly men, led by Lee Westwood and Sergio Garcia. Westwood is charging early in his second round Saturday morning, but Garcia kept pace with Johnson, playing alongside him and Hideki Matsuyama for the first two rounds, which amounted to one long Friday.

Here are some Friday highlights, courtesy of the USGA.