Does Rory Hate His New Clubs? 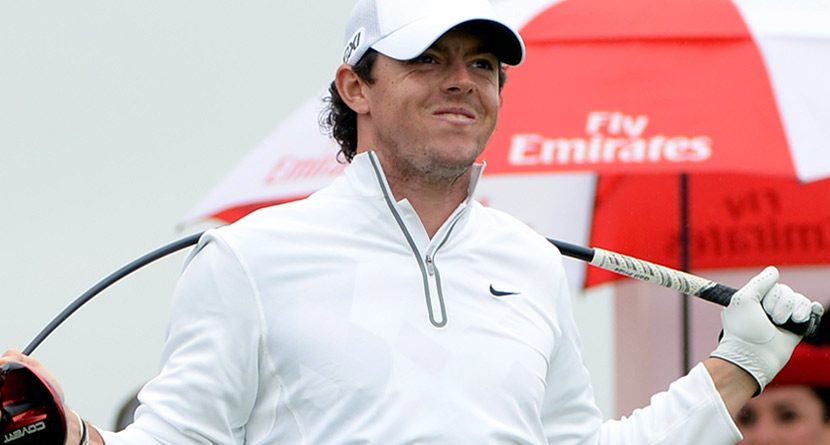 Rory McIlroy has not been playing good golf as of late. Actually, that might be an understatement.

During what has become a roller coaster of a season for the former World No. 1, McIlroy once again struggled at last week’s Irish Open in Maynooth, Ireland, missing the cut by two strokes. In the process, Rory also managed to put the hurt on another one of his Nike golf clubs, this time on hole No. 11. After hitting an errant tee-shot, McIlroy all but wrapped his driver around his powerful shoulders as he watched his golf ball fly into the great unknown. While the shaft on his Nike Covert driver did not break, we can’t help but wonder if there’s an underlying reason why McIlroy is taking out his frustrations on his equipment. Maybe he just doesn’t like it?

If you remember, McIlroy did manage to intentionally break a golf club during a round at the 2013 U.S. Open at Merion. The victim that day was one of McIlroy’s Nike wedges, which the Northern Irish lad drove into the turf until the club’s shaft bent in two places.

While he is still hanging on to the No. 2 spot in the Official World Golf Rankings, McIlroy has now missed three tournament cuts on the European Tour schedule and has a memorable WD at this year’s Honda Classic on the PGA Tour side.