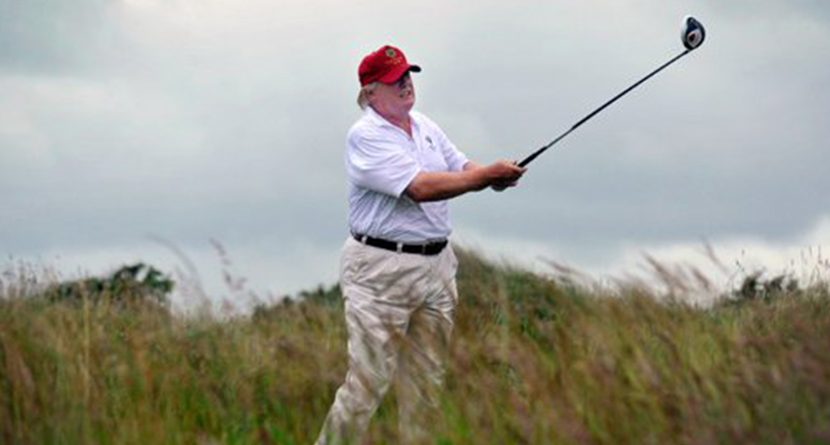 Donald Trump, the frontrunner to be the Republican candidate for president, has an unabashed love for the game of golf. A solid player in his own right, Trump has recently stretched his sphere of influence in the game by building and buying some of the best courses around the world.

Given his involvement with the game, it shouldn’t come as a surprise to golf fans that the game has infiltrated his lexicon, as it does with many of us. Campaigning in Rome, N.Y. this week, Jordan Spieth’s epic meltdown on Sunday at the Masters was fresh on his mind. Speaking about a noted detractor, Mitt Romney, Trump invoked Spieth’s travails in comparing what happened with Romney in 2012.

“That last election should have been won, except Romney choked like a dog. He choked … Let me tell you, Jordan Spieth choked a little bit,” Trump said. “But you know what? He’s going to recover. He’s a great young guy and he’s going to recover. Romney can’t recover from a choke.”

We can now count Donald Trump among those who doesn’t believe the 2016 Masters will define Jordan Spieth’s career.