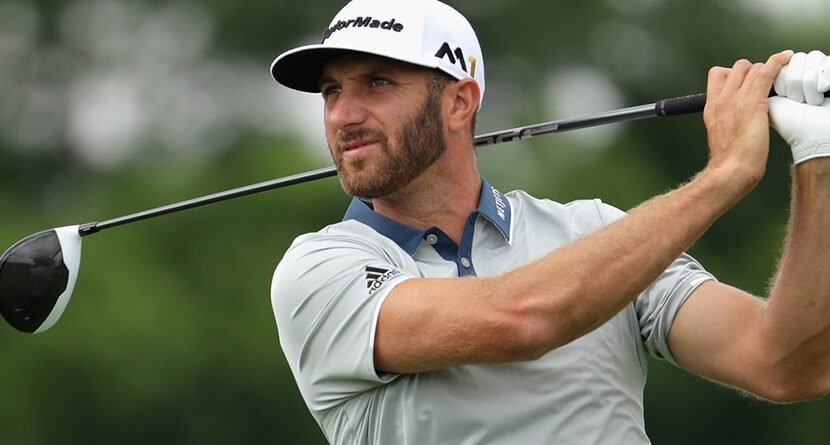 Sometimes it’s better to be lucky than good. Dustin Johnson, who is definitely good, got lucky on Sunday at the Memorial Tournament with a recovery shot from the left trees on the 10th hole.

One day later, we still don’t think this would happen again in 100 tries. #PGATOUR https://t.co/ZFwt5l8zA5

After his ball rolled 50 yards down the fairway, DJ dropped from the path and hit his third shot from the wide open gap to 12 feet. Johnson apparently had used up all of his luck by that point because he missed the par try and went on to bogey two of his next three holes.