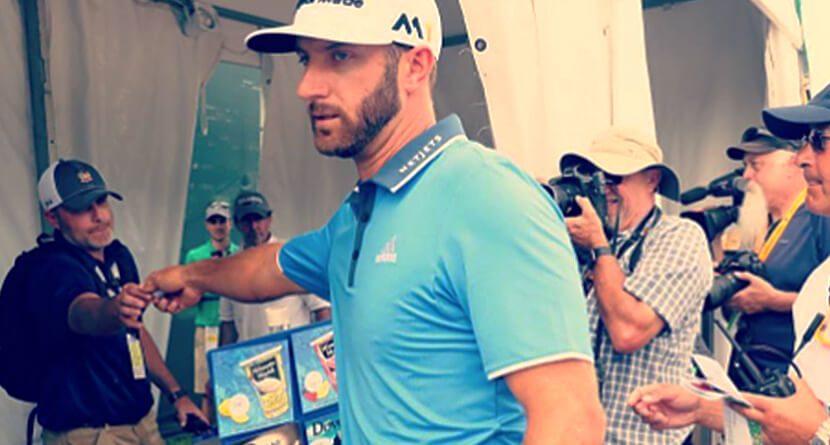 To win a major championship, you need to get some good breaks from some bad swings. Dustin Johnson got one of those good breaks on Saturday at Oakmont and nearly parlayed it into an improbable birdie.

Teeing off on the par-4 second hole in the third round, DJ hit a pull hook with an iron off of the 351-yard hole. The ProTracer and camera had viewers expecting to see Johnson’s ball fall just off the fairway and near the gallery ropes, but a ricochet off of a fans head (!) sent the ball caroming into a nearby concession stand.

“A worker and an official look at Dustin Johnson’s ball behind a tub of ice inside a concession stand” pic.twitter.com/8GVyZiXccB

After getting a drop out of the lemonade stand’s ice stash, DJ hit a shot into the green bounded over, only to be caught up in the back rough short of the bunker, which led to nearly the most improbable birdie in U.S. Open history.