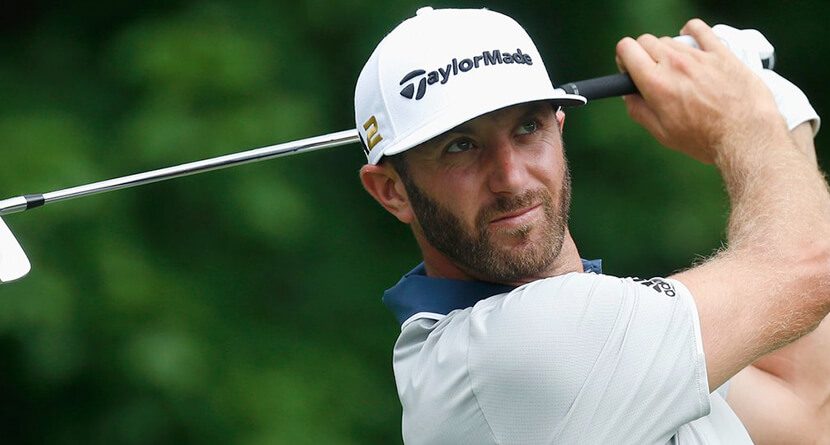 Dustin Johnson has one less distraction on his plate as he prepares for next week’s U.S. Open at Oakmont Country Club. The 9-time PGA Tour winner settled a lawsuit he levied against a former advisor over a $3 million investment gone wrong.

Rex Hoggard at GolfChannel.com has the details:

Johnson sued Nathan Hardwick, an advisory who served on the board of the Dustin Johnson Foundation, in October 2014 claiming his $3 million investment was, in fact, needed to cover shortages created by Hardwick, who is accused of embezzling $30 million from his former law firm.


“As good as I can feel about it,” Johnson said on Thursday at the FedEx St. Jude Classic when asked about the settlement, which was filed in U.S. District Court for the Northern District of Georgia last month.

No details of the settlement were made available.

According to the lawsuit, Hardwick convinced Johnson to invest $3 million in his law firm, promising a $1 million return on his investment over 30 months. The firm failed to make the first two monthly payments and Johnson filed the suit.

After a near miss in Dublin at Memorial, DJ picked up where he left off in Memphis firing an entertaining round of 4-under par 66 to be one shot back of co-leaders Seung-Yul Noh, Tom Hoge and Shawn Stefani after the first round of the FedEx St. Jude Classic.

Johnson started his round on the back nine. After swapping a birdie and a bogey on 11 and 12, he doubled the par-3 14th after finding the water. However, when you’re DJ, getting those two strokes back is just a matter of time.

DJ played one group ahead of Phil Mickelson, who shot an even par round of 70. Brooks Koepka, the only other top-20 player in the event, also shot 70.

Here are the full first round highlights from Memphis.