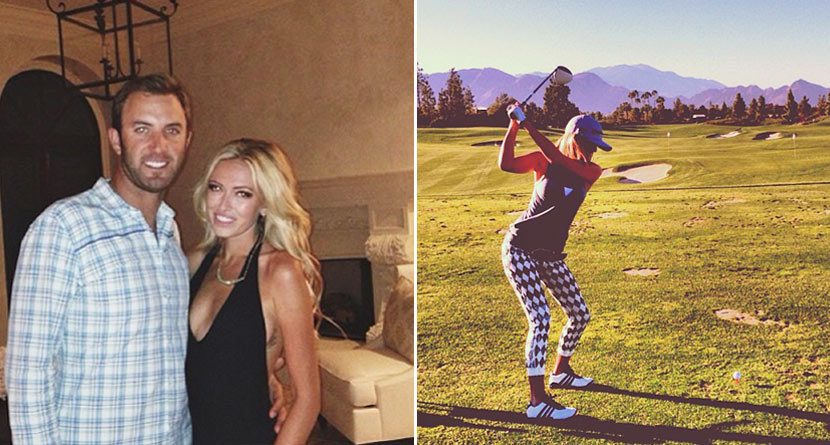 Dustin Johnson announced last week that he would be taking a leave of absence from professional golf to overcome “personal challenges,” after withdrawing from the WGC-Bridgestone Invitational.

DJ’s announcement met a media storm of speculations regarding his leave. Golf.com reported that Johnson was suspended from the tour for six months due to failed drug tests, which PGA Tour officials later denied. Later that evening the PGA Tour announced, “With regards to media reports that Dustin Johnson has been suspended by the PGA Tour, this is to clarify that Mr. Johnson has taken a voluntary leave of absence and is not under a suspension from the PGA Tour.”

The conflicting information left many wondering what exactly transpired and how would he be spending his time away. One of those answers came Wednesday when Golf Digest’s Tim Rosaforte reported that Johnson has been residing at high-end golf resort, Gozzer Ranch Golf and Lake Club in Northern Idaho, with his fiancée Paulina Gretzky and her family. He is reportedly playing golf, very well, every day and even shot a 61, which some say was nearly a 59. Last week, Paulina posted a photo of Johnson caddying for her, which she later removed from her Instagram account: On Tuesday, Golf.com spoke with Adidas Group North America President, and former TaylorMade CEO Mark King, who believes Johnson’s camp will make a statement next week, which may help quell the many rumors. King had no further information on DJ’s decision to take time off but he did reiterate Johnson’s impact on the TaylorMade brand.