Dustin Johnson To Team With Wayne Gretzky at Pebble Beach 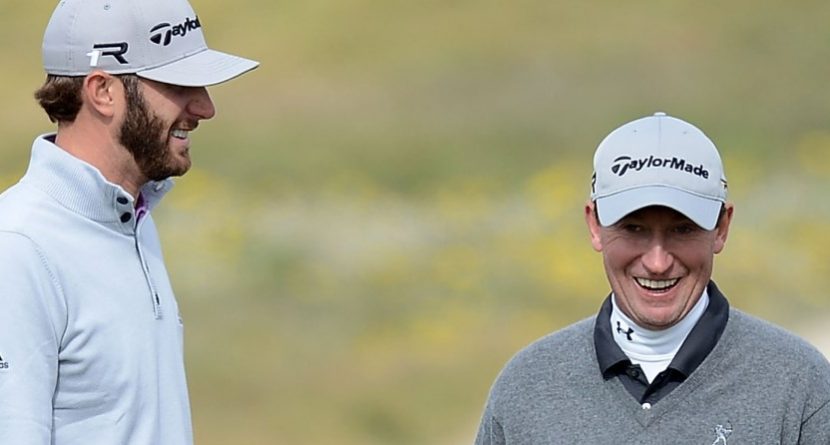 Not surprisingly, Dustin Johnson is paired with his future father-in-law, Wayne Gretzky, for this week’s AT&T Pebble Beach National Pro-Am. Of course, the two also played together last year, just weeks removed from the revelation that Johnson was dating the Great One’s daughter, Paulina.

Hopefully the men are to a point in their relationship where Johnson doesn’t feel pressured into wearing silly hats just because Gretzky is, or we might see another photo like this: All kidding aside, Johnson and Gretzky form a formidable pair, as the hockey legend boasts an 11 handicap. They’ll also be in one of the most interesting foursomes ever – John Daly and Kid Rock will be joining them. Think that group will have a few followers? Regardless of whether or not Paulina is with them?

Johnson and Gretzky were spotted putting in work on Wednesday: