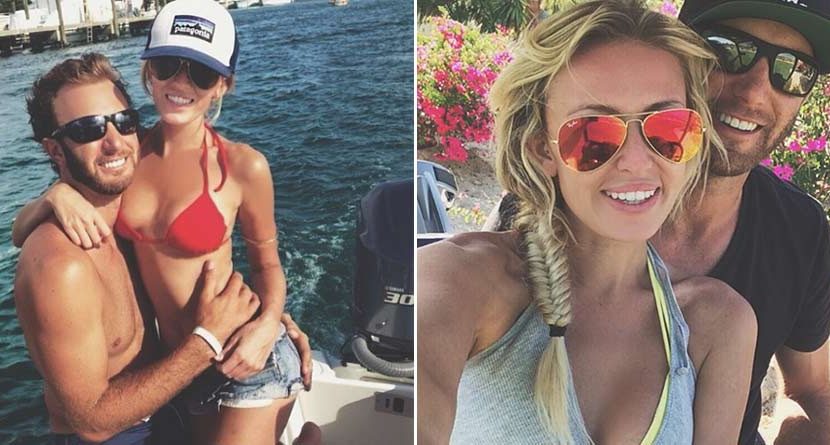 Dustin Johnson announced his withdrawal on Monday from this week’s World Golf Championships-Bridgestone Invitational due to personal reasons. The stacked field will now boast 76 players, 49 of which are in the top 50 of the World Golf Ranking. Johnson is No. 16.

It looks like those “personal reasons” include spending his week off with fiancée Paulina Gretzky. Paulina posted an Instagram of her and Johnson on the golf course Monday with the caption “Best Caddy Ever.” Must be nice getting tips from one of the best golfers in the world! Johnson finished 9-under at the Open Championship earlier this month to tie for 12th, but didn’t fare as well last weekend at the RBC Canadian Open, finishing 2-over and missing the cut. It’s been a crazy month for DJ but even on a week off, you can’t keep him off the course.