Ernie Els Gets The Worst Kind Of Bird Bath 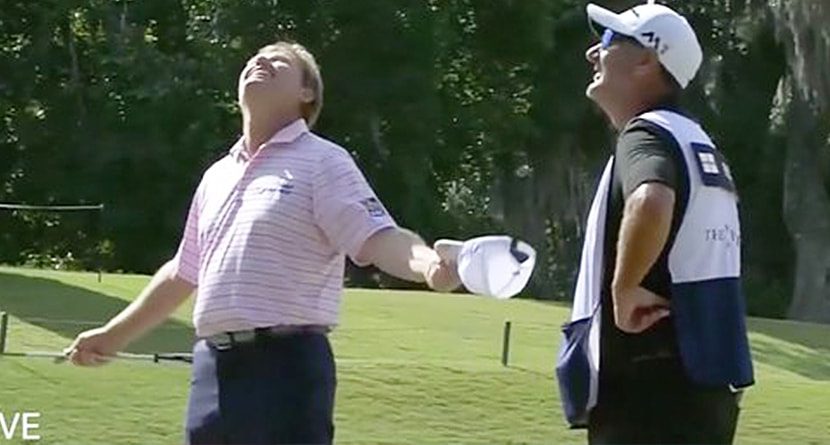 It has been a rollercoaster couple of months for Ernie Els. The 46-year old, four-time major champion has had his battles on the putting green for years now, but forced to ditch the belly putter for good at the start of 2016, Els has fought his demons in front of the world.

Last month at the Masters, Els notoriously six-putted the first green of the tournament en route to a missed cut. Since then, however, Els’ putting has been relatively solid and above average most weeks.

On Sunday at the Players Championship, however, Els faced a new enemy, this time one from the sky.

Don’t know much about omens, but Ernie Els getting on by a bird after making bogey at 1 seems like a bad one.https://t.co/2hsKo45spQ

In many places around the world, a bird dropping its waste on you is good luck. For the Big Easy, it didn’t turn out to be too much of a good omen. He shot a final-round 75 to finish in a tie for 64th. Maybe the luck bounced off Els and landed on his playing partner, Justin Rose.

Rose on bird poop that hit playing partner Els in Rd4: “They say it’s good luck. Guess it was good luck for me, not Ernie”
Rose 66
Els 75

Ernie Els’ Six-Putts The First Green At The Masters

Will Wilcox Makes An Ace On The 17th Hole Island Green