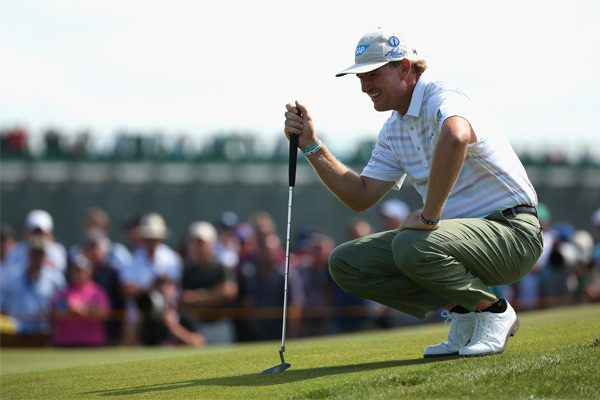 For as beautiful and timeless as Ernie Els’ swing has been over the course of his career, his recent form on the greens has been downright cringe-worthy. The two-time major champion has long been a tinkerer on the putting surface, bouncing back and forth between standard length flat sticks and belly putters. However, with the anchoring ban taking hold this month, the Pro Golf Hall of Famer has developed the yips.

…and once again this past week at the BMW South African Open.

Golf News Net transcribed Els’ conversation with Sky Sports following a missed cut at his host event, giving an indication that the world No. 194 (!) had found at least a temporary reprieve.

“I’m so stubborn,” Els said on Sky Sports. “I felt like I could do the same thing I have for the last 30 years and get the same results.

“I putted cross-handed in the second round and it felt so much better,” Els said. “I love the game too much, I’m not going to stop. I’m going to get over this by using the cross-handed method and still have fun out there.”

Let’s hope Ernie has found a cure because none of want to have to watch that silky smooth swing on the tee and fairway devolve into a stab on the green.

Watching Ernie Els putt today and saying “don’t yip it, don’t yip it” is one of the most depressing things I’ve experienced as a golf fan.