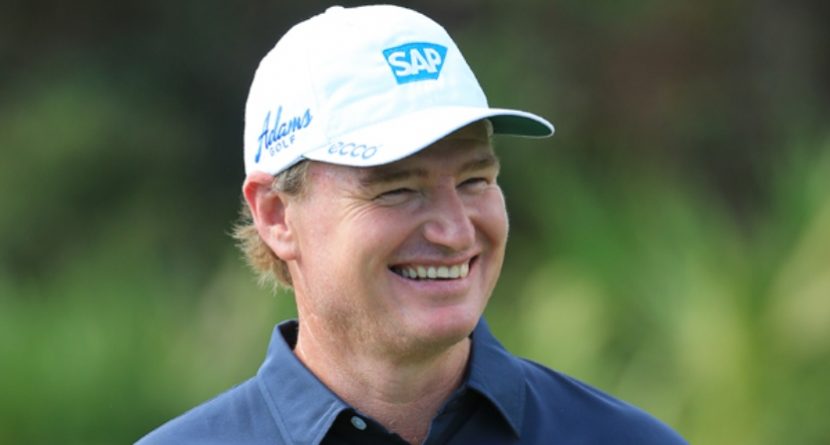 Els, who had previously played as a TaylorMade and Callaway tour staffer, will use Adams Golf equipment – including his golf bag and headwear – exclusively. Els owns more than 70 professional tournament victories worldwide.

“As a player, there are many factors in something as fundamentally important as your equipment. Everything about Adams impresses me, starting with the enthusiasm and energy from company leadership and R&D, along with their strong products,” Els said. “I’m partnered with a company where innovation is at the heart of everything they do, where they’re always looking to push the envelope and pursue new ideas that ultimately help players of all skill levels play better.”

The marketing tie-in appears to be something along the lines of “The Big Easy now plays the easiest clubs to hit,” which could be a great fit for both parties.