Ernie Els’ NSFW Start To The Masters Will Make You Cringe 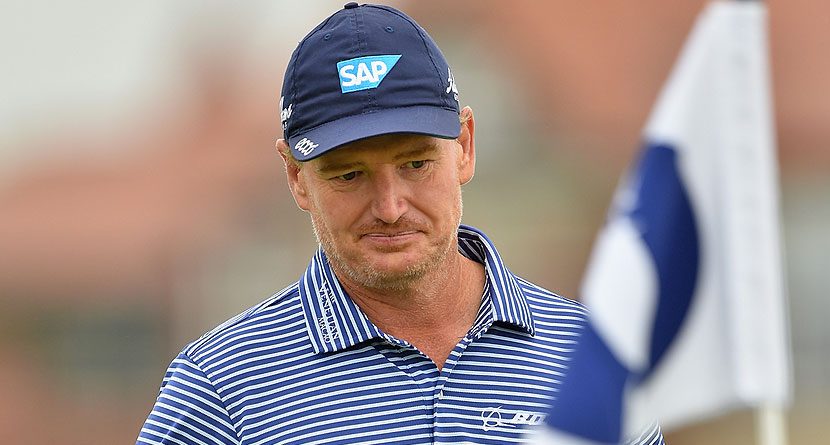 They say the Masters doesn’t start until the back nine on Sunday, but for Ernie Els, his tournament was over before he reached the second tee. After missing the first green, Els hit a solid chip to three feet and looked to be escaping the opening hole with a par four.

Instead, the unthinkable happen. A train wreck. You couldn’t look away. Originally scored a sextuple-bogey 10 after a 7-putt, the carnage was later amended to a simple 5-over par 9 on the first hole spanning six putts.

With no video originally, here’s how fans saw his hole play out…

Just saw video of Els on No. 1, which was absolutely a 7-putt and one of the ugliest displays I’ve ever seen from a pro.

We’ve refunded Ernie Els Outright & 1st Rd Leader bets after he 6-putted on the first at #TheMasters Just tap it in! https://t.co/JXBjVNNhUo

The Big Easy fought back valiantly, playing the next 17 holes in respectable 2-over par fashion. But the damage had been done. He’d been Crying Jordan Meme’d.

(Thanks to TheBigLead.com for the video.)