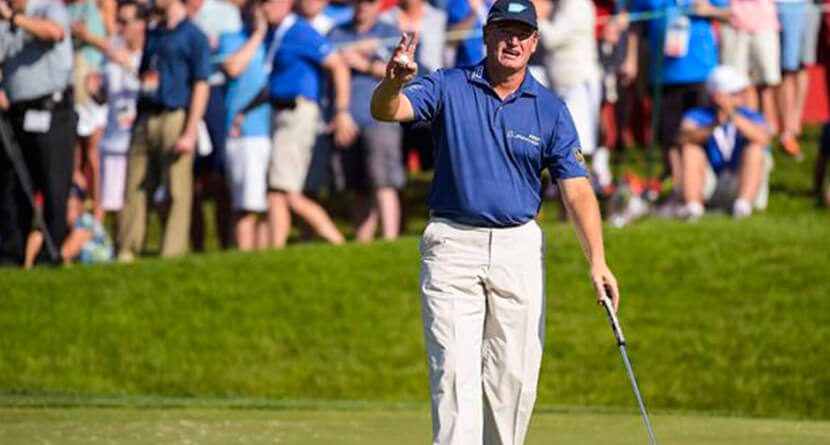 Eagles were wild on Moving Day at the Quicken Loans National with both Ernie Els and Harold Varner III holing out for the big bird while in contention.

No need for a bounce.

You have to give some credit to Els’ caddie Ricky Roberts for bouncing back from getting hit by a ball on Thursday and nailing the yardage for the Big Easy. Els’ eagle wasn’t the only hole out on Saturday, however. HV3 was going in the wrong direction after a double bogey on the 14th hole when he stepped up to a good yardage for his third shot on the par-5 16th.

Els shot a 6-under par 71 to climb within two strokes of 54-hole leader Billy Hurley III, whose three rounds of sub-67 have him sitting on a two-shot cushion. Jon Rahm, in his first event as a professional, is three shots back at 12-under par. Bill Haas and Webb Simpson sit seven shots back in fourth place and Varner III is joined by Vijay Singh in a tie for sixth place at 8-under par.

Here are the full third round highlights from the PGA Tour.