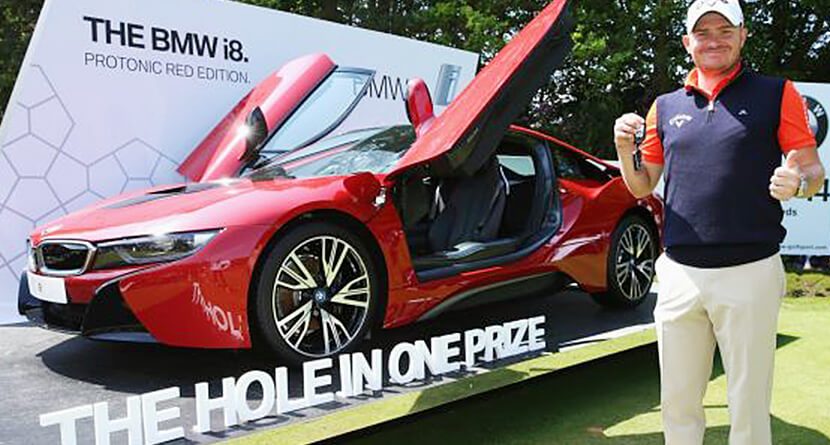 The National Hole-in-One Registry estimates that the likelihood of a Tour player hitting a hole-in-one is roughly 3,000-1. Using some rough calculations, a typical 156-man field — and 70 who make it to the weekend — play roughly 1,800 shots per week into par-3s. That math bears out that there should be a hole-in-one at a professional tournament once every 1.67 tournaments.

That math didn’t work out at the European Tour’s BMW PGA Championship this week. We showed you Scott Jamieson’s hole-in-one on Saturday that netted him a new BMW M2. On Sunday at Wentworth, two more aces were made: one by Rikard Karlberg and another by James Morrison.

Morrison’s celebration was the best.

Your keys, sir! James Morrison is one happy golfer, receiving the keys to his new BMW i8! #HoleInOne #BMWPGA ⛳️ pic.twitter.com/mmZnLuvDTk

That’s how you celebrate an ace.