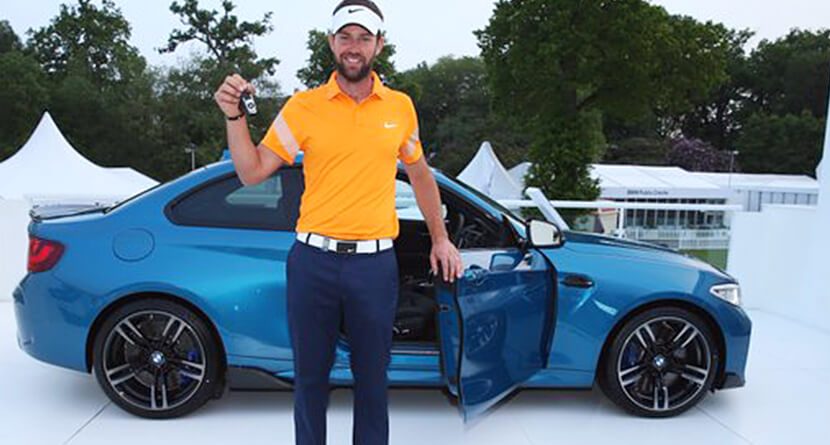 Scott Jamieson picked the perfect time to hit his first hole-in-one in competition. When BMW is the presenting sponsor of a tournament and giving out a Beemer for any ace during the European Tour’s flagship event, finding the bottom of the cup is always a good idea.

Congrats again to @ScottJamieson54 for his first competitive hole in one. pic.twitter.com/oik4WSDn8T