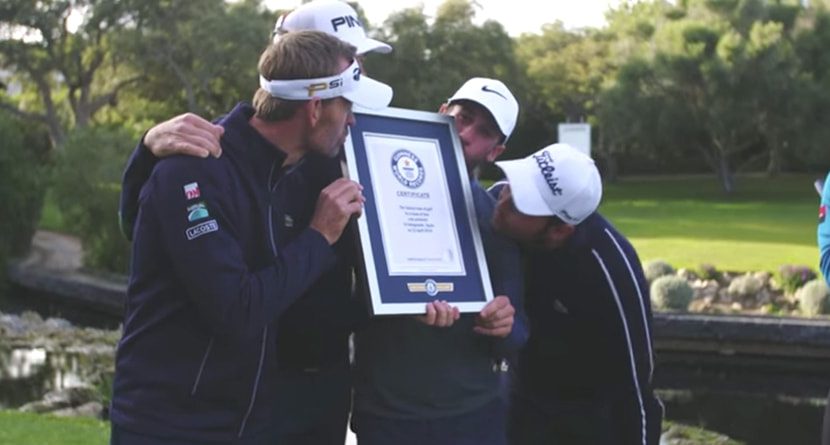 The European Tour is always coming up with different ways to showcase both their players’ skill and personality. They’ve done trick shot videos that featured players skipping a ball 200 yards across a lake in Ireland, hitting clay pigeons out of the sky with golf balls in Dubai and they even challenged Rory McIlroy to a shot-for-shot contest against a robot.

The Tour’s latest installment features four-man teams from Spain, Denmark and France trying to set a Guinness World Record for the Fastest Hole of Golf.

The previous record was 68 seconds. The French team annihilated that mark finishing the par-5 in 34.8 seconds. The Danish squad had a little more difficulty completing the hole in 49 seconds. Spain’s team was doomed by a water-logged second shot hit by — fittingly — Sergio Garcia.

All in all, good fun.