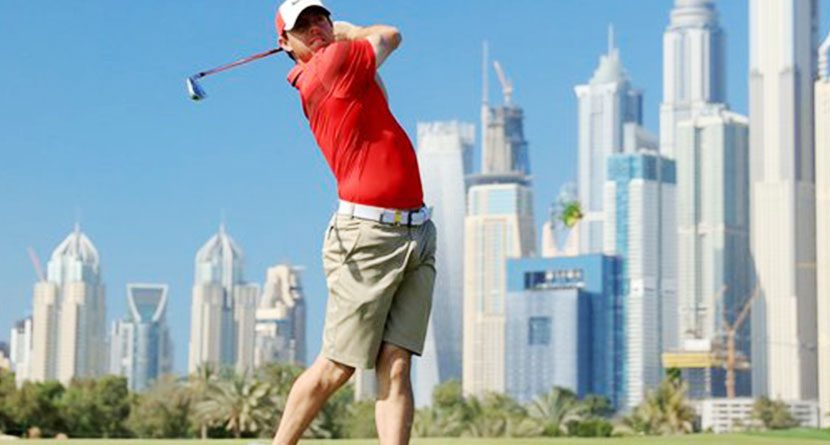 Golf’s “grow the game” initiatives in the past have been a lot of fluff and little substance, but the European Tour is trying to change that with a common-sense approach. The game’s biggest stumbling blocks as it concerns participation growth is that it’s too expensive, it takes too long and it’s too stuffy. TopGolf cracked that code introducing a fun, cheap and a timely alternative to five-hour rounds.

Now, the European Tour is taking a page out of their book to introduce a series of 6-hole events that will include music, more casual dress and a shot clock. The Daily Mail has the details.

Following the lead of Twenty20, which has transformed cricket, the European Tour are looking to play golf over a shorter format than its traditional 18 holes, with added elements of theatre to add to the spectacle. The theory goes that these additions will help attract more young players and boost TV audience figures.

The new format could be an international matchplay competition – the popular style of golf used in the Ryder Cup – rather than strokeplay, which is the over/under par format for most golf tournaments.

Keith Pelley, the European Tour’s chief executive, said he wants to ‘experiment’ with the innovative format in 2017 and ‘maybe roll it out in 2018’.

He added: “Yes, there’d be a shot clock. Yes, there’d be music and players would probably be dressed a bit differently. Maybe they’d only play with five or seven clubs.”