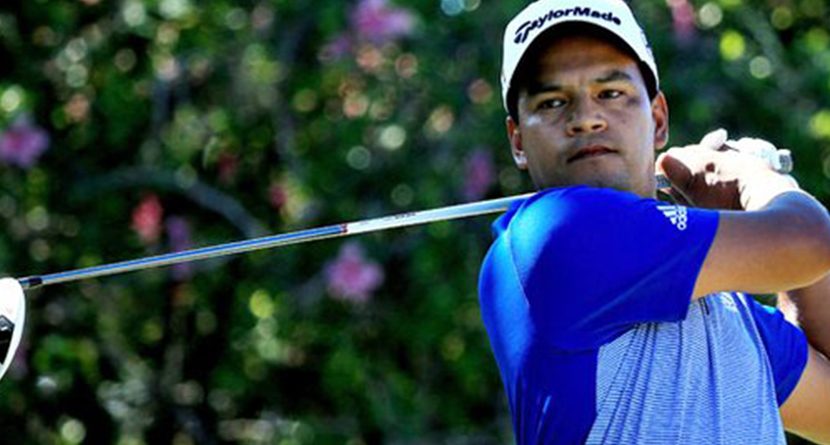 It only took two weeks to get the first playoff of 2016 out of the way. Argentina’s Fabian Gomez defeated Brandt Snedeker on the second playoff hole to claim his second PGA Tour win at the Sony Open in Hawaii on Sunday.

Beginning the day four shots back of 54-hole co-leaders Snedeker and Zac Blair, Gomez played his first five holes 1-under par before catching fire and birdieing the next seven in a row.

7 straight birdies for @FabianGomezGolf ties 2nd-longest streak in final round of a @PGATOUR win. Bob Goalby made 8 straight in a 1961 win.

While Gomez made his move, it was all Blair could do to keep pace, turning to the back nine at 2-under par for the day and 18-under for the tournament. Snedeker, on the other hand, was stuck in neutral, his normally reliable putter going cold on the front side. But as the seven-time PGA Tour win turned towards the clubhouse, his game came to life.

The trio of Gomez, Blair and Snedeker separated themselves from the rest of the field down the stretch. With Gomez and Snedeker tied at 19-under and Blair a shot back at 18-under coming down the 72nd hole, the fireworks began. Gomez, playing in the group ahead of Snedeker and Blair, put the pressure on his pursuers with a long birdie try from off the green.

Fabian Gomez with a HUGE putt at the 72nd hole to put the pressure on. #QuickHits https://t.co/uAHmUfrtpp

Needing an eagle, Blair gave himself a look while providing his own color commentary.

“Oh my gosh, that is so good. Get a good kick.” Zac Blair needs eagle at the last to force a playoff. He did this. https://t.co/5jP8voisKC

But he couldn’t cash in.

Snedeker, on the other hand, only needed a 4 on the short par-5. No problem.

We’re going to a playoff at the @SonyOpenHawaii. (For what it’s worth, Sneds is 2-0 in playoffs.) #QuickHits https://t.co/ZudcwpPWVN

Playing the 18th as the first playoff hole, Gomez and Snedeker both had birdie putts inside 12 feet, although neither could capitalize. Back to the 18th tee, Gomez made an adjustment after missing the fairway the first two times on Sunday. Instead of hitting driver or 3-wood through the fairway on the dogleg left home hole, the 37 year old slung a hybrid around the corner and into perfect position.

Advantage: Gomez, after Snedeker has to lay up at the second playoff hole. pic.twitter.com/uaaASCvR4f

With the advantage and a putt to win, Gomez lagged his eagle try to tap-in range.

Snedeker had 10 feet to match Gomez…

Brandt Snedeker had this to force a third playoff hole… #QuickHits https://t.co/9g742oyKjZ

Gomez became just the fourth Argentine to win multiple times on the PGA Tour, joining Roberto DiVicenzo, Angel Cabrera and Jose Coceres. The win also earns him his first Masters invite, which will be only the second major championship he will have ever played in. He is projected to move inside the top-60 in the Official World Golf Rankings as well.