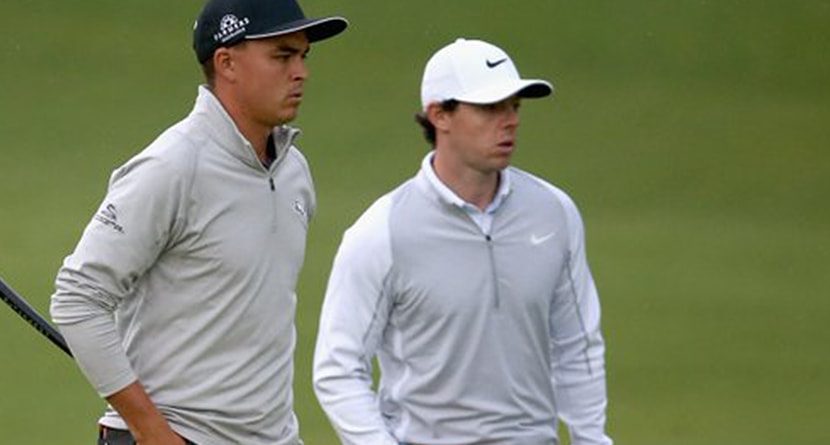 The Associated Press has the details:

Fowler said the ball flew by his left side. He didn’t know what it was until it stopped rolling.

“So random,” Fowler said. “The guy tried to say it was a gift. I don’t know why you would give a gift of a golf ball with an earplug attached to it.”

The fan was escorted from the course by police. “Just it was one of those things,” McIlroy said.

“It was a golf ball with an ear plug stuck on it, so it was sort of strange. Charlotte’s finest (police) sorted it out and got him off the property, thankfully.”

That’s one way to get the attention of some of the best golfers in the world, but the guy should have done his homework. Rory’s a Bose guy. If you want to give the World No. 3 a gift, at least make sure it’s brand-specific.

McIlroy shot a 1-over par 73 in the first round and Fowler bested him by two, shooting a 1-under par 71.