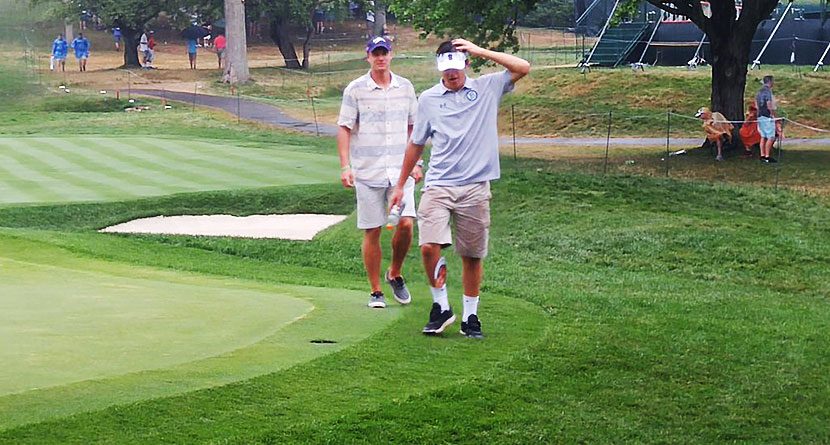 Part of the appeal of going to a PGA Tour event is getting to see a course that you likely won’t get to play ever in your life up close and personal. Baltusrol Golf Club, which sits a few minutes from New York City, is one of those unique courses. On Saturday at the PGA Championship, however, up close and personal behind the ropes wasn’t enough for a handful of fans.

With weather canceling much of the third round’s afternoon play, some intrepid fans decided that they wanted to see the course the way the pros do, inside the ropes, on the fairways and greens.

This dude: “One guy was walking on the course too and he found a ball and picked it up.” Savage Jersey. pic.twitter.com/JLuM7uXCRE

Oh, and they’re picking up golf balls. What could go wrong with that?

The leaders were washed out on Saturday, meaning the top of the leaderboard stayed relatively static even as some guys from the pack were able to make a bit of a move. Here are the highlights from the weather-shortened Saturday.