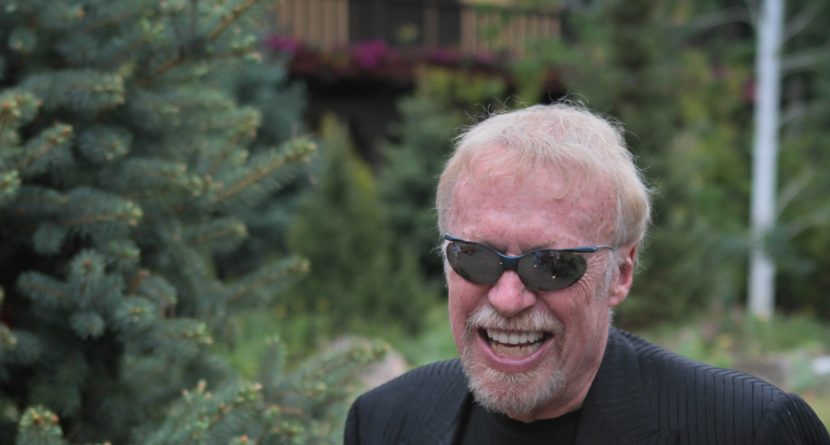 In this week’s Fantasy Foursome, Jon Lord focuses on several Swooshers as they found themselves in the headlines for myriad reasons.

Russell Henley looks just like fellow pro Brandt Snedeker, right on down to the floppy blond hair/white visor combo and mild Southern twang. Also much like the fidgety Sneds, there isn’t much hesitation in Henley’s game right as he took very little time visualizing his shots on the way to winning the Sony Open, only his third-career start on the PGA Tour. At this rate St. Augustine is going to need to open up an entire wing to house all the hardware Henley is going to accumulate over his accomplished career.

The rookie has won on every single level of play from his time as a University of Georgia Bulldog to last year on the Web.com Tour. And there’s obviously a lot to like about his game from the booming height and distance control of his irons to a steady stoke on the putting green. In Honolulu last Sunday, after an errant drive on No. 16 he hit a high-arching wedge over the trees to within 20 feet of the pin, going on to bury the birdie putt — one of five birdies in a row to close out the final round. It’s fair to say that in Hawaii Henley earned the honor of representing the Swoosh.

It’s been an eventful week for the CEO of Nike.  While Knight was unable to prevent former Oregon football coach Chip Kelly from bolting Eugene for the greener pastures of Philadelphia he was at least able to go out and ink Rory McIlroy to a lucrative equipment and apparel deal worth somewhere in the range of a-lot-of million dollars. Now Rors is out filming mildly humorous commercials with new BFF Tiger Woods and life is good. Except, how are those new clubs working out for you?

McIlroy is set to make his 2013 debut this weekend in Abu Dhabi, and we should all expect a slight learning curve for the world’s No. 1 as he adjusts to an entirely new set of woods, irons and balls. Remember back in Feb. 2003 when Phil Mickelson commented on Tiger’s switch from Titleist to Nike saying, “He has a faster swing speed than I do, but he has inferior equipment. Tiger is the only player who is good enough to overcome the equipment he’s stuck with?” Nick Faldo has already said so much regarding Rory’s transition to a new brand and it’ll be very interesting to scrutinize the acclimation process.

McIlroy’s fate this weekend in the Middle East may also be tied to girlfriend Caroline Wozniacki’s success at the Australian Open where the longer she remains alive the more sleepless nights for Rory who will no doubt be glued to the telly watching all the action from Melbourne.

Continuing with the Swoosh, former Nike brand manager and international cycling superstar Lance Armstrong taped an interview with Oprah Monday afternoon in Austin, Texas, where he apparently copped to what most of us already assumed which is that he used performance enhancing drugs during his professional career. And while this news is certainly not surprising the timing is somewhat suspicious leading many to deduce that the whole reason Armstrong is coming clean now, after years of denials and deceptions, is because he wants U.S. Anti-doping Agency to semi-clear his name and allow him to compete again in official marathons and triathlons. Whatever the reason, this story is now what everyone is talking about including Dan Wetzel of Yahoo! Sports who excoriates Armstrong in his latest piece, pleading with the former seven-time Tour de France champ to make amends with all the people whose careers and personal lives he destroyed while attempting to defend his fraudulent record.

Here’s perhaps the choicest selection from the article:

What do you say to Emma O’Reilly, who was a young Dublin native when she was first hired by the U.S. Postal team to give massages to the riders after races?

In the early 2000s, she told stories of rampant doping and how she was used to transport the drugs across international borders. In the USADA report, she testified that you tried to “make my life hell.”

Her story was true, Lance, wasn’t it? And you knew it was true. Yet despite knowing it was true, you, a famous multimillionaire superstar, used high-priced lawyers to sue this simple woman for more money than she was worth in England, where slander laws favor the famous. She had no chance to fight it.

She testified that you tried to ruin her by spreading word that she was a prostitute with a heavy drinking problem.

Well-done Wetzel. Then there’s this from reader Gabe in Colorado Springs:

I for one stopped supporting Armstrong once he began hawking Michelob Ultra. That stuff is the worst. I swear it’s like drinking dehydrated donkey piss if said mule had first consumed a trough full of asparagus.

Clearly Gabe is no longer wearing his yellow Livestrong bracelet, which raises another question: what’s going to happen to Armstrong’s very visible cancer foundation? Will it continue to raise money and awareness or has it now, because of Armstrong’s admissions, opened itself up to a much higher level of scrutiny where government auditors are going to examine the books to make sure all the money raised went were it was supposed to go and was not channeled towards an Armstrong driven smear campaign?

Between Armstrong’s soul cleansing and the baseball writers keeping Cooperstown’s doors closed due to steroid suspicions, many golf fans are now left wondering and waiting for the first big bombshell to drop regarding performance enhancers in their favorite sport. (Doug Barron doesn’t count.) Or has that already happened?

Thanks to the 49ers QB’s virtuoso performance against the Green Bay Packers Saturday night we now have a new football meme to replace the tired Tebowing. And while Kaepernicking may not evoke a higher power it is still funny to see scores of middle-aged Bay Area residents kissing their biceps.

CAUTION. If you’re having dinner over at the Sorenstam residence you must remember to check the entire contents of the chicken noodle soup. Annika has misplaced the tip of her left index finger and could use your help finding this lost digit.