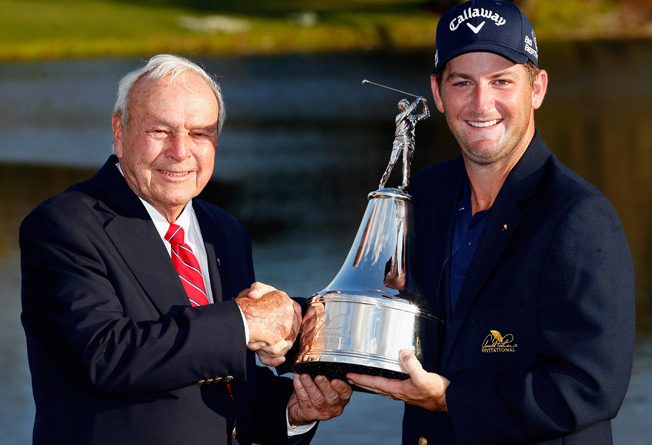 The Arnold Palmer Invitational is a celebration of all things The King this week as the PGA Tour continues to inch closer to the first major championship of the season.

Speaking of, the field of the AP Invite is lacking slightly this season due to the jumble of the schedule. With the WGC-Dell Match Play moved to next week and the Masters just three weeks out, players are getting into their pre-major routines, which means there are some familiar faces missing out on Arnie’s tournament, headlined by Rickie Fowler and Bubba Watson.

Two-time defending champion Matt Every, however, wouldn’t miss this tournament for the world. The winner of the last two tournaments on the PGA Tour at Bay Hill, Every seems to be the prototypical “horse for a course,” although it’s tough to trust a guy who’s coming in missing three of his last five cuts and has finished inside the top-20 just once since his victory here last year.

The big names that will be getting most of the attention this week are led by Rory McIlroy, Jason Day, Adam Scott, Henrik Stenson and Justin Rose.

Jeff Sherman of GolfOdds.com and the Westgate Las Vegas SuperBook has set Rory McIlroy as the betting favorite at 11/2. Two-time winner on Tour this season Adam Scott is 8/1, followed by Jason Day and Henrik Stenson at 12/1, Justin Rose at 15/1, Hideki Matsuyama at 20/1 and Matt Kuchar at 25/1.

Here’s how guys have fared recently in this tournament, via Golf Betting System