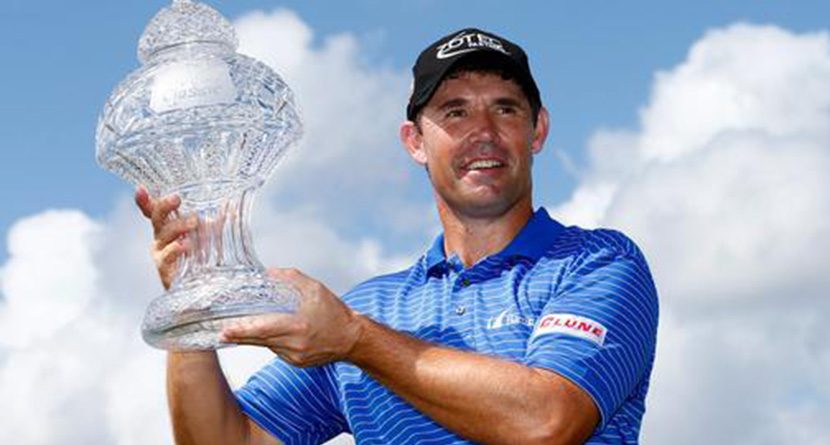 The march to Augusta begins in earnest this week as the Honda Classic signifies the beginning of the Florida Swing. This is a home game for many of golf’s elite who reside in the Palm Beach/Jupiter Island area, so expect a lot of talk about how nice it is to sleep in their own bed, play in front of friends and family and for Rory McIlroy, be close to his personal dentist.

I kid, of course.

Padraig Harrington is your defending champion, having beaten eventual Rookie of the Year Daniel Berger in a playoff last year. And while Harrington is a popular winner and a great interview, he’s not the kind of name you’d expect to emerge from such a loaded field at first blush. However, if recent history is our guide, Harrington is exactly the type of guy we should expect to be lifting the trophy.

PGA National is Fazio design with Nicklaus touch ups. It’s wind-exposed, which routinely affects the type of player you want to back this week. Strokes gained: tee to green is a solid indicator of success on this track, so keep that in mind when making your picks.

Pat Mayo at RotoExperts.com has tipped Fowler and Brian Harman as A-List selections, Koepka, Kisner, McIlroy and Zac Blair as his B-List plays and Berger and Casey as the C-Listers.

With four of the top-10 and 11 of the top-20 in the world, going chalky this week is an easy exercise, but given the past winner’s list, I’m inclined to check a little deeper into the field to find a winner. Rickie, Rory and Reed are safe plays that you can count on to (in all probability) make the cut, but do you feel great about them winning this week? Me neither.

In fact, if we’re being entirely truthful, that past winners list scares me. There’s no real pedigree for winning at Honda, so going chalk might be the best bet.

You’ll see a fair amount of love for some foreign players who are wind experts, a la Shane Lowry, Grace, Knox and the like, and it’s not out of the realm of possibility that they could come through. My plan here in Yahoo! is to load up half chalk, half flyers and let the chips fall where they may.

Sergio Garcia. Yes, you read that right. Sergio F’ing Garcia. Why? He hits the ball so solid that the wind shouldn’t affect him, plus the fact that he let so many people down last week, it would be so perfectly Sergio for him to come back and dominate this week just to piss everyone off. Some big numbers doomed the World No. 19 last week and while there’s definitely enough water to go around at PGA National, I’m taking a flyer on Serg. Why not? How’s that for confidence?