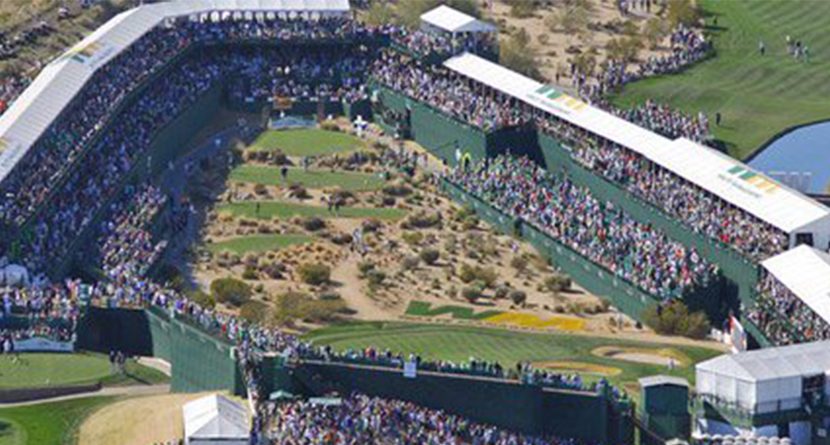 There’s a party in Arizona this week and some of the best golfers in the world just happen to be stopping by. The Greatest Show on Grass returns to TPC Scottsdale for the Waste Management Phoenix Open where Brooks Koepka defends a PGA Tour event for the first time in his young career.

Koepka outgunned big names such as Bubba Watson, Ryan Palmer and Hideki Matsuyama down the stretch to earn his first Tour victory, which is proof that even the biggest stars in the game like to show up in the desert on Super Bowl week to have a little fun. This year will be no exception with the likes of Phil Mickelson, Brandt Snedeker, Rickie Fowler, Jason Dufner and Kevin Kisner joining the foursome of players mentioned above.

The Waste Management also marks the first time in three weeks handicappers have to only take one course into account when narrowing down their picks. The Stadium Course at TPC Scottsdale was touched up by Tom Weiskopf in 2014, but aside from a few blips in the statistics, scoring remained the same with Koepka’s 15-under par falling in line with the majority of recent champions — -15, -16, -23, -15, -18, -16.

That 23-under mark came en route to Mickelson’s third win at the WMPO when he flirted with a first-round 59.

What The Experts are Saying

Jeff Sherman of GolfOdds.com and the Westgate Las Vegas SuperBook set the betting favorites as Watson, Snedeker, Fowler and the defending champion, Koepka.

Bubba is the no-brainer here. He has a short list of courses that fit his eye routinely and TPC Scottsdale is near the top of that list, right behind a little track in Augusta, Ga. In Yahoo! games, your real question is who should you use to back up Bubba — do you go Rickie, Phil or a take a flier on a Justin Thomas or Tony Finau?

For me, it’s Phil. I know narratives don’t care about winning, as Pat Mayo put it, but Phil cares and he needs one. You think he doesn’t know he hasn’t won since 2013? His new swing is in order, he’s talking golf gibberish about “face awareness” and stepping off of that rollercoaster second round last week — where he was both contending and missing the cut — it’s time for Phil to show out on Super Bowl Sunday.

Further down, there’s Dufner and Snedeker, both playing well and coming off of wins. Then there’s guys like Koepka, Matsuyama, Palmer and DeLaet with good course history. And in your final category, Lingmerth, Na, Lovemark, Lowry and Harold Varner III catch your eye. Horschel and Martin Laird come in with some good form as well.

Bubba Watson. This pick asks one question: do you think Bubba’s going to win the Masters this year? If your answer is no, then you play him here. Phil’s too much of a flier, as much as it pains me to say it. While Bubba can be a flake, when he knows what he’s getting into he can yuck it up with the best of them. It’s at normal Tour stops where someone being drunk or taking his picture throws him off his game. In Phoenix, everyone’s drunk and everyone’s talking too loud to hear the shutter from the guy who can’t be bothered to silence his phone. Bubba knows this and for one week only, Bubba doesn’t let this bother him.