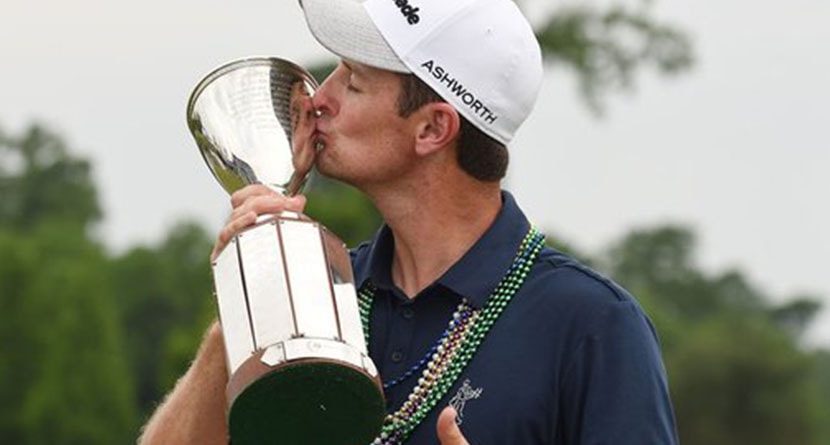 The PGA Tour stops in the Big Easy this week for the Zurich Classic of New Orleans where Justin Rose defends his title. Likely a casualty of the Olympic scheduling this year, the field at the Zurich is lacking any discernable depth.

Of those in the top-10, Jason Day and Rickie Fowler are endorsed by Zurich and Rose is last year’s winner. Further proof of just how schedule-screwed the event is, only seven other players inside the top-50 are in New Orleans.

Jason Day the first No. 1 player at New Orleans since …. who?

The guys will be playing their second consecutive Pete Dye design — last week at Harbour Town, this week at TPC Louisiana — and they’ll have another in two weeks at the Players Championship. Don’t be surprised if a few horses emerge heading into the PGA Tour’s flagship event.

Jeff Sherman of GolfOdds.com and the Westgate Las Vegas SuperBook has set the Big Three this week as the odds-on favorites. Day is 5/1, Rose is 8/1 and Fowler is 10/1. The next tier includes Billy Horschel and Charley Hoffman at 20/1, Daniel Berger at 25/1 and Smylie Kaufman and Chris Kirk at 30/1.

Here’s how guys have fared recently in this tournament, via Golf Betting System: