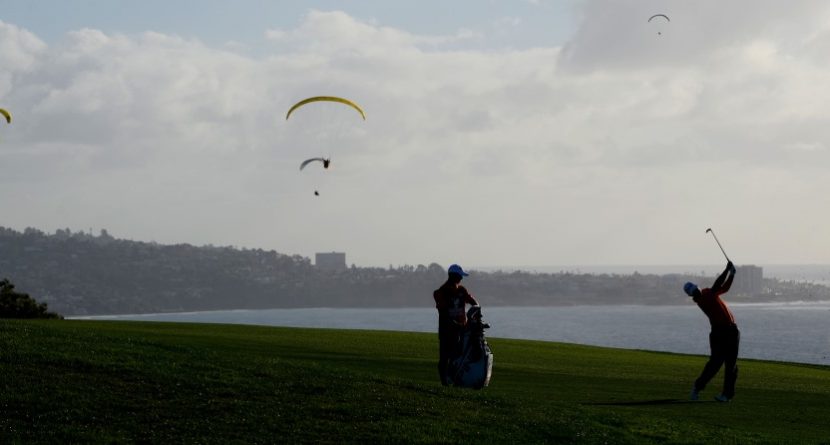 Every Monday during the PGA Tour season, we take a look back at the weekend that was and aim to educate you with the key items we learned. Here are 9 things we learned this past weekend at the Farmers Insurance Open:

1. Jason Day came out victorious from a four-man playoff to claim victory at the 2015 Farmers Insurance Open at Torrey Pines. This victory and all that came from it very well may be the start of us realizing just how good he’ll be, according to Ron Green, Jr. of Global Golf Post. 2. Tony Perez, the father of tour pro Pat Perez, is not a fan of his son’s flowing locks. That much was true with this stunt on the first tee at Torrey Pines.

3. Dustin Johnson is still shaking the rust off. He shot 74-70 and missed the cut in his first event since last summer.

4. While Rory McIlroy is head and shoulders above the rest, one expert thinks he could have a challenger. Read Gary Van Sickle’s case for Jason Day.

5. J.B. Holmes isn’t interested in second-guessing. He told Golf Channel’s Ryan Lavner he doesn’t regret laying up on his second shot Sunday on the par-5 18th at Torrey Pines.

6. We can hope for the best but Tiger Woods’ health and future appears as fragile as ever, according to FOX Sports’ Robert Lusetich.

7. Distance matters. To prove this, we welcome in our own Shane Bacon:

8. Tiger still draws, as evidenced by the mass exodus from the gallery following Woods, Billy Horschel and Rickie Fowler after he withdrew on Thursday at Torrey Pines.

9. It may be early in the season but that didn’t change the pressure of the week and the course’s difficulty, according to Jason Day. He said, “it felt like a U.S. Open.”