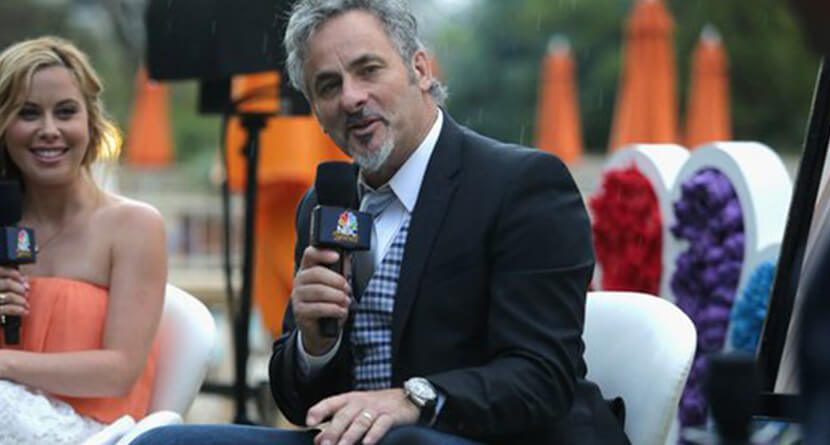 David Feherty is a fan favorite for his candor and humor. Both were on display at a GolfNow “Golf For Life” promotional event in Dublin on Monday.

Commentating on his fellow countryman Rory McIlroy’s impressive finish to the Dubai Duty Free Irish Open, Feherty gushed about the 27-year-old’s talent, his celebration, his future prospects and a certain difficulty he has when covering McIlroy stateside.

Here’s what Feherty had to say via the Irish Golf Desk’s Brian Keough:

“It’s hard for me to commentate on Rory in the US without a massive boner because I love the kid and want him to do well,” said the 57 year old, who counts the 1986 Bell’s Scottish Open among his five European Tour wins, but famously lost the trophy.

A recovering alcoholic, Feherty revealed that McIlroy had a few drinks to celebrate his K Club win on Sunday but nothing compared to some of his own or fellow Ulsterman Darren Clarke’s antics.

“Rory got wrecked,” Feherty said. “But not totally wrecked. He needed a couple of Advil this morning. He didn’t do a Clarkey. I remember using Clarkey as a piece of furniture after Sam [Torrance’s] Ryder Cup at the Belfry in 2002.”

Inevitable comparisons between McIlroy and Tiger Woods have come in previous years. And given Feherty’s connection to both stars, he is routinely asked to compare and contrast the two. The NBC commentator was complimentary towards both, but he had some ominous thoughts about Woods’ future in the game.

He said: “The strength in depth is amazing. For Rory to have won four so far is fantastic. We are not going to see another Tiger Woods in my lifetime or my children’s lifetime. But Rory can win double figures, absolutely with the shape he is in and the away he swings the club, not doing himself any damage. He has a beautiful free-flowing swing with lots of straight lines, nothing scrunched up or anything.”

As for Tiger Woods, Feherty reckons the 14-time major winner’s career could be over, but he’s too stubborn to admit it.

He said: “I am not sure that Tiger will come back because it is a nerve in his back. It’s not muscular or skeletal. It’s not something you can deal with in a physical way. He is in phenomenal shape – just ripped as usual. But he is not able to make a full pass at it. I saw him a few weeks ago in Houston and he hadn’t played in five months and he hit some good shots and some awful skanky looking things.

“I think he has a feeling that if he doesn’t make it back this time, he might be done from a physical standpoint. But he is too stubborn and too good and too physically gifted to be able to just give it up. He loves it too much. There must be something about the game that has a hook because he could buy one of the Bahamas and declare himself a republic.