Finally: Athletes Who Took A While To Win 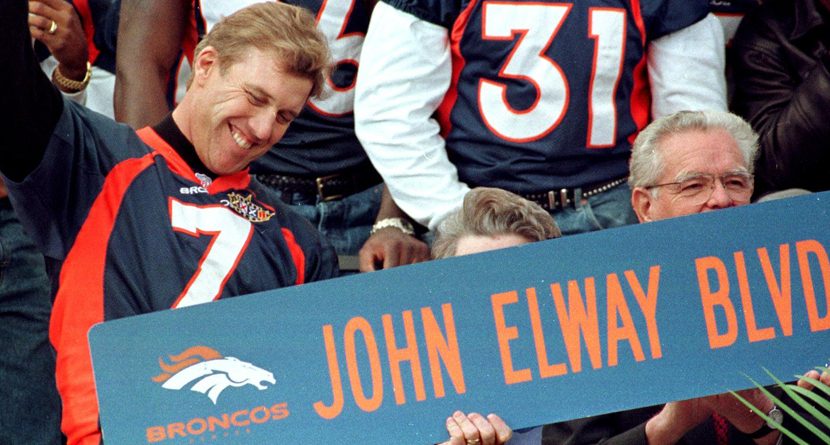 If you’re still catching your breath from the drama that unfolded at the Travelers Championship on Sunday, don’t worry because we are too.

Ken Duke, who beat Chris Stroud on the second playoff hole, earned the first PGA Tour victory of his career. Duke is 44 and has been a professional golfer since 1994, spreading his time between the Nationwide Tour, the South American Tour, the Asian Tour, the Canadian Tour, the Web.com Tour and, yes, the PGA Tour.

The Travelers was his 187th start on the PGA Tour; he had previously won four tournaments on smaller tours.

It’s safe to say that it took Duke quite a while to break through and become a winner in the big leagues.

Here are five other athletes who took a while to get their first big win.

Ray Bourque — Hockey
Bourque spent 21 seasons playing for the Boston Bruins, during which the team made the playoffs 20 times — but it was missing a Stanley Cup. The 1999-2000 campaign, however, would be Bourque’s last full year as a Bruin.

With the squad struggling mightily during the 2000-01 season and with Bourque approaching 40 without a Stanley Cup title, he requested a trade. The decorated defenseman got his wish, and he was shipped to the Colorado Avalanche for the second half of the year. The next season, which ended up being his last in professional hockey, Bourque helped the Avalanche win the Stanley Cup. He then retired. John Elway — Football
Elway is one of the best quarterbacks to ever play in the NFL, as he is near the top of numerous record lists. He and the Denver Broncos advanced to the Super Bowl three times in the first half of his career — in the 1986, 1987 and 1989 seasons — and lost each time.

Eight years later, however, Elway led the Broncos to Super Bowl XXXII and finally won the title. A year later, he repeated the feat and then retired from his playing career. The Boston Red Sox — Baseball
Rather than list any individual player, we felt it was best to simply go with an entire franchise. The Red Sox franchise won five World Series titles in its first 18 years of existence, but that all changed at the end of the 1918 season. From that point, the team had several close calls in the playoffs. Many people said it was the “Curse of the Bambino,” referencing former owner Harry Frazee’s decision to sell Babe Ruth to the New York Yankees in 1920.

Red Sox fans endured a lot of heartbreak over the years, but that all came to an end in 2004 when the squad ended the “Curse” and beat the St. Louis Cardinals in four straight games. Three years later, the team beat the Colorado Rockies in four games to win another title.

Phil Mickelson — Golf
People sometimes forget that Mickelson did not win a major championship until his 13th year as a professional golfer. He finished third at the Masters from 2001-03 and took sixth and seventh the previous two years. His PGA Championship history includes a third in 1994, a second in 2001 and a T6th in 2004. He’s never won the U.S. Open but has finished second six times. Mickelson hasn’t fared as well at the British Open, although he did place third in 2004 and T2nd in 2011.

Despite all of his near-misses, Mickelson did earn his first major title at the 2004 Masters. He’s since won two more green jackets, along with a PGA Championship. Dan Jansen — Speed Skating
We’re going to tap into our Olympic knowledge and throw Jansen into the mix. The American speed skater dominated the sport in the late 1980s and early 1990s but was unable to win an Olympic medal. In 1988, for example, he entered the Olympics one week after winning the 500m and the 1000m at the World Championships. During those Olympics, his sister died of leukemia just hours before the 500m event. He fell seconds into the race, and fell during the 1000m.

Jansen was the favorite to win gold in both races at the 1992 Olympics, but he struggled and finished well back. Two years later at the 1994 Games, Jansen nearly fell in the 500m and eventually placed eighth. But in the 1000m, his final chance at Olympic glory, he triumphed in world record time.