Five Rookies Who Could Surprise Us At The Players Championship 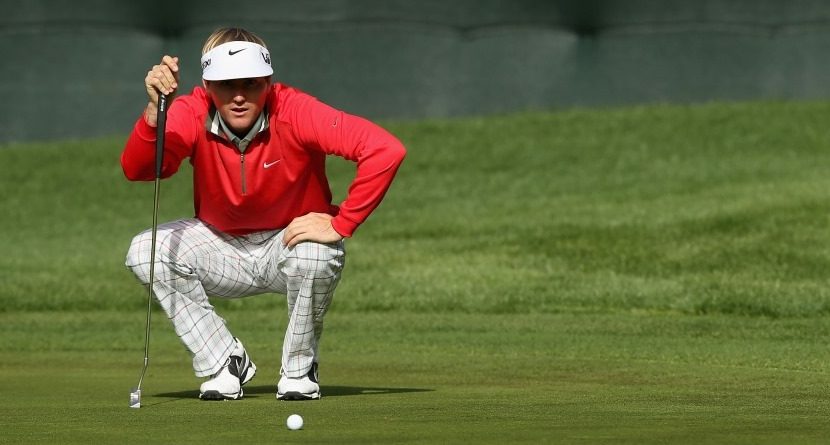 When PGA Tour rookie Derek Ernst came from nowhere to win the Wells Fargo Championship last week, no one – not Ernst, not his caddie, not even his mother – could’ve predicted that victory. The kid, who turns 23 next week, turned in a season-best performance the week earlier, but it was a measly T-47 at the Zurich Classic.

So if Ernst can unexpectedly win at Quail Hollow, could a rookie upset the deepest field in pro golf at THE PLAYERS Championship this week? The odds obviously say no, but the TPC Sawgrass Stadium Course is one of the most unpredictable. So why not?

Here are five rookies in the field making their debut at THE PLAYERS:

Russell Henley (pictured above)– He captured the Sony Open in January, becoming the first player in 10 years to win his debut as a PGA Tour rookie, and he’s only missed the cut in three of 11 tourneys since. At No. 12, Henley is the top rookie in the FedEx Cup standings.

Luke Guthrie – Once considered a leading Rookie of the Year candidate, he has now watched two other rookies bag PGA Tour wins this season. Guthrie was No. 2 on the Web.com Tour last year, and has made the cut in nine of 14 PGA events this year, his top finish being third at the Honda Classic. A PLAYERS victory would put him back in the ROY discussion.

David Lynn – Ok, so Lynn is not technically a rookie anymore, but the 39-year-old Englishman has never played THE PLAYERS Championship. He was the man who challenged Ernst in a playoff last week, and he tied for fourth at the Honda Classic. For the sake of this list, he’s a “rookie” we’re keeping our eye on.

David Lingmerth – A darkhorse from Sweden, Lingmerth has struggled mightily since January, when he lost a three-way playoff at the Humana Challenge. He missed three straight cuts after that, then tied for 51st and 50th the next two weeks, then missed five more cuts through last week. If there’s ever a rookie in need of a title, it’s Lingmerth.

James Hahn – The South Korean-born Hahn has also been frustrated of late, missing the cut in six of his past nine appearances. But can you imagine how he’d celebrate if he wins the PLAYERS? You saw his Gangnam Style dance at the Waste Management Phoenix Open, right? No? Enjoy…

Next page: TPC Sawgrass – What It Takes To Win