For Sale: An Illinois Police Car With A Famous Passenger 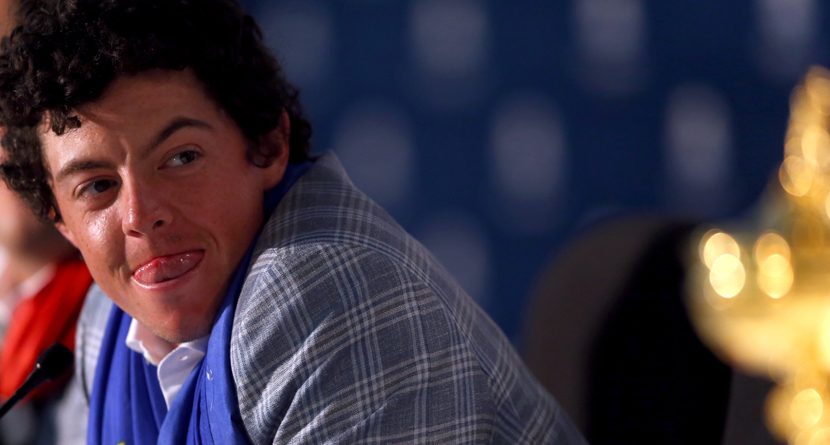 Golf memorabilia usually consists of golf balls, golf clubs, flags and other such items. What they all have in common is that they were all used on the golf course in some capacity.

In one Illinois town, this mold is on the verge of being broken.

Think back to last year’s Ryder Cup at Medinah. Remember how Northern Ireland’s Rory McIlroy almost missed his Sunday singles match against Keegan Bradley? McIlroy, who got confused when his tee time was, hitched a ride to the course in a speeding police car driven by Deputy Chief Pat Rollins of the Village of Lombard Police Department.

McIlroy made it to the course in the unmarked cruiser with just minutes to spare, and he went on to win his match and help Europe defeat the U.S. in comeback fashion.

You are bidding on the unmarked Village of Lombard police car that was used to rush pro golfer Rory McIlroy to the Ryder Cup. Rory was staying at the Westin hotel in Lombard, IL and had thought his tee off time was an hour later than it actually was on the final day of the Ryder Cup being held at Medinah Country Club. Lombard’s Deputy Police Chief Pat Rollins used this car to rush McIlroy to the tournament with only minutes to spare. The Europeans went on to win the tournament largely due to McIlroy’s play. Don’t miss this opportunity to own a piece of sports history not to mention a darn fine automobile. Vehicle is in good running condition with only 88,900 miles on it!

Got some extra cash laying around and have an empty spot in your garage or driveway? This might be the car for you.

Just make sure you ask for the Carfax.