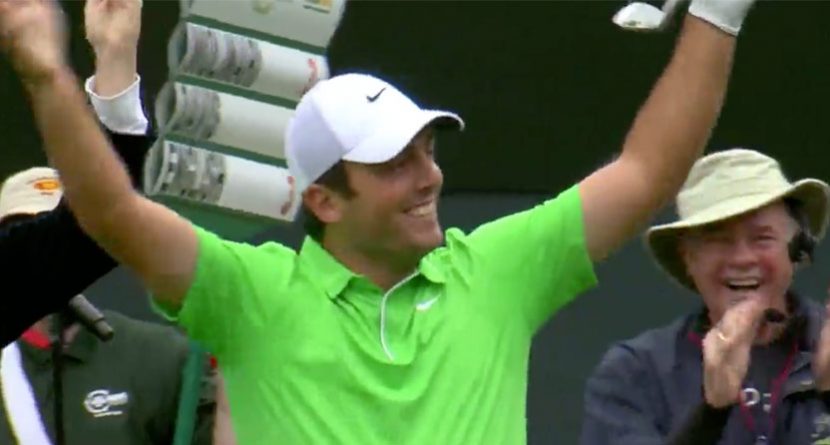 At the famous Stadium Hole at TPC Scottsdale, first there was Tiger Woods and now, there’s Francesco Molinari.

Everyone remembers the epic celebration that erupted there when Woods made his ace during the 1997 Phoenix Open. Well, that scene (almost) repeated itself on Saturday when Molinari stepped up and delivered what the raucous crowd at 16 was looking for: a hole-in-one:

Francesco Molinari cranked the volume at No. 16 to a whole new level with this ace. #pgatour #QuickHits https://t.co/LWRIQh34t4

After the round, Molinari reflected on his ace on Twitter:

I’ve been to a lot of different sporting events. The roar at 16th today was as loud as I’ve heard! Hope everyone enjoyed as much as I did!

While Molinari’s ace — the first since Jarrod Lyle did it in 2011 and the ninth all-time — didn’t elicit quite the same reaction as Woods’, it was unlike anything you’ll see the rest of the year, and a friendly reminder of how awesome the Waste Management Phoenix Open is along with why it gets people in the mood for golf season.