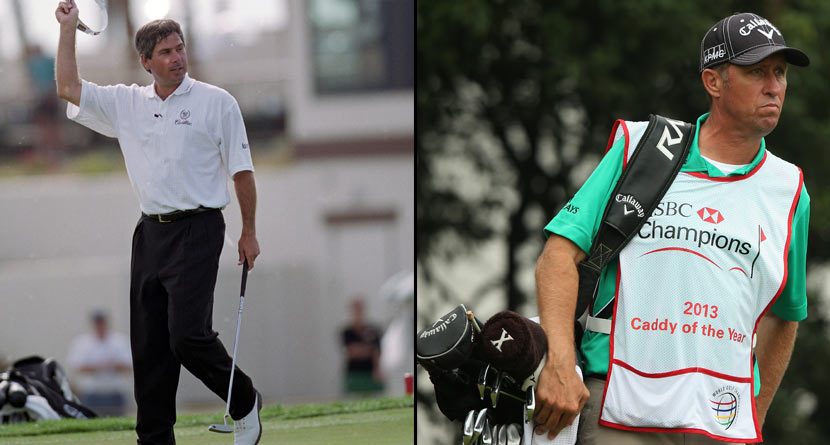 Fred Couples has spent his career wowing crowds with his ability on the golf course. With a swing that looks so smooth it could lull you to sleep, yet so powerful it helped spawn his nickname, “Boom-Boom,” Couples has been producing memorable moments for nearly 35 years.

Many of those memories came at TPC Sawgrass during the Players Championship. Couples won the tournament in 1984 and 1996, and made an ace at the 17th in 1997. But it was in 1999 when he made arguably the toughest par-3 in the history of golf.

What’s crazier is that when Couples did it in ’99, it was at least the second time that’s happened at the hole. Just because it’s a rare feat doesn’t mean it’s never been done before.

In 1993, the caddie contest at 17, held the Wednesday before the Players Championship, was in its 11th year. It started in 1982, the first time the tourney was held at Pete Dye’s diabolical TPC Sawgrass Stadium Course. Phil Mickelson’s caddie, Jim “Bones” Mackay, stepped up, hands shaking and nerves frayed like every pro who’s hit the shot before, and dunked his first tee shot into the water surrounding the 17th green. Larry Mize, the 1987 Masters champ, was tending the flag and waiting.

What happened next is retold to this day by those who were there, and the story is just as riveting 21 years later. Mackay reached into Jeff Maggert’s bag and pulled out a 7-iron, just slightly shorter than the one he’d just hit out of Bob Estes’ bag.

Mickelson remembered the moment in an interview with USA Today, saying, “Mize is still tending the flag and Bones hits this beautiful shot, and as it starts to come down, Mize jumps out of the way, because it was going to hit him, and it flies into the hole and stays.”

It shouldn’t come as a surprise that “Bones” counts this as the greatest par of his life. I think it would be mine, too.