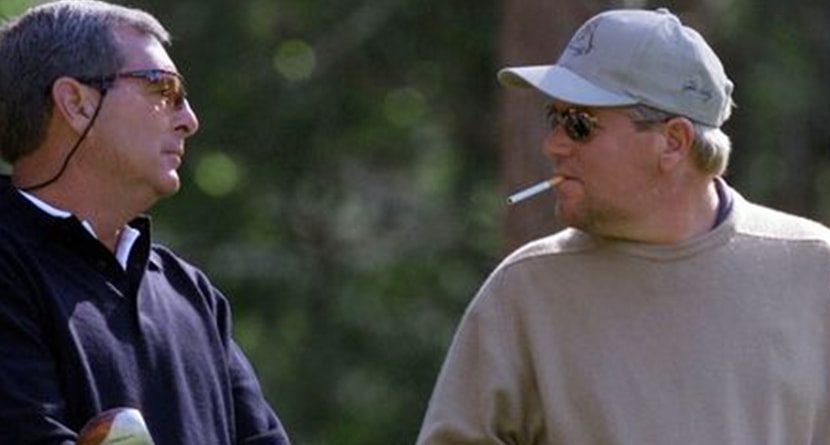 Turning 50 comes with its fair share of demons and mind games, not to mention a life adjustment for professional golfers transitioning to the PGA Tour Champions. When John Daly hit the big 5-0 on Thursday making him eligible for the senior circuit, gone went the $7 million purses and $1 million-plus winner’s checks.

Luckily for JD, he got a headstart on his post-50 money earning thanks to a bet he made with fellow touring pro, Fuzzy Zoeller.

“Fuzzy’s going to owe me 150 grand,’’ Daly told USA TODAY Sports. “I don’t know if he remembers that bet or not, but I’ll get that cash from him hopefully.’’

The bet took place took place years ago at Augusta National the week of The Masters, according to Daly.

“I think it was Tuesday morning and we played nine holes and went to T-Bonz (restaurant) and had some lunch,’’ he recalled. “Next thing I know, we were in the same clothes playing Wednesday at 7:30 in the morning and the par-3 tournament. We stayed through the whole nine (holes), drinking, having a good time and eating.

But after recalling the story, Daly said he and Zoeller never shook on the bet.

Let this be a lesson: if someone’s willing to bet you won’t make it to a certain age, you take that bet 100 times out of 100. And you shake on it. It’s a win-win. Either you make it to that age and get paid or you’re dead and don’t have to worry about it. Gambling 101.

It’s not gambling if you know you’re going to win (or can’t lose).