Gambler Tied To Phil Mickelson Sentenced To A Year In Prison 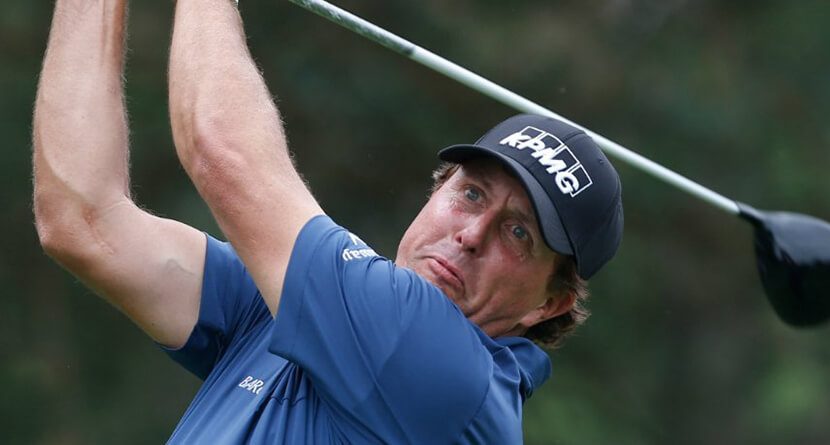 Just when you thought Phil Mickelson had scrubbed all of the legal mud from his crocodile-skin shoes, another story pops up and drags him back through it.

Gregory Silveira, an avid golfer who authorities said had ties to offshore gambling, pleaded guilty last year to three counts of laundering funds from an unnamed “gambling client” of his between February 2010 and February 2013. Outside the Lines, citing sources, identified Mickelson as the client.

In court filings, prosecutors said the gambler had used the 57-year-old Silveira, who lists residences in both the Palm Springs area and San Diego, as a conduit to pay a $2.7 million gambling debt he owed to an offshore sportsbook. Silveira’s attorney stated in a subsequent filing that Silveira was “friends with a number of individuals who are also avid golfers” and, in this instance, had done a “personal favor to an individual who did not wish his wagering activity to become public.”

The California case started with the IRS’ criminal investigation in Los Angeles. According to court documents, in March 2010, Silveira — a participant in “an illegal gambling operation which accepted and placed bets on sporting events” — accepted a wire transfer of $2.75 million from a “gambling client” into his Wells Fargo Bank account, which he knew was part of “illegal sports betting.” Three days later, Silveira transferred $2.475 million and then $275,000 into another of his Wells Fargo accounts. The next day, Silveira transferred the $2.475 million to another account he controlled at JPMorgan Chase Bank. The three transactions are the source of the money-laundering charges: “At the time, defendant initiated these three transfers with the intent to promote the carrying on of an illegal gambling operation,” according to the plea agreement, which was signed last year.

Mickelson was not charged in the Silveira case. He is scheduled to play in this week’s FedEx St. Jude Classic in Memphis as well as next week’s U.S. Open at Oakmont Country Club outside of Pittsburgh.