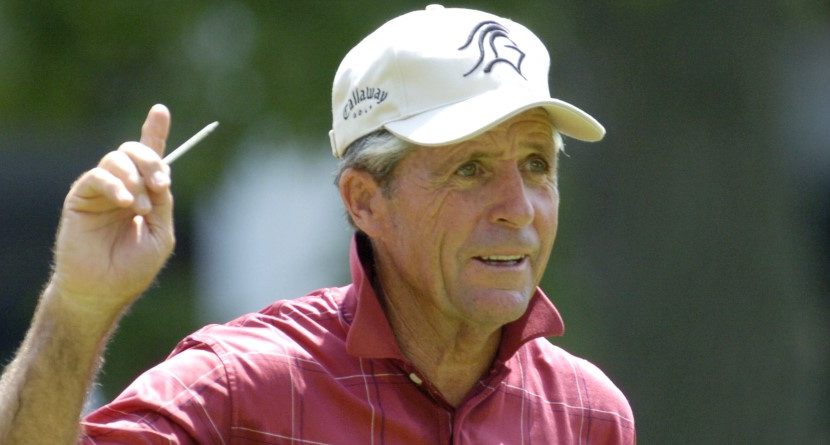 Only a man who hates obesity can be asked to pose nude for a magazine when he’s 77 years old. That’s Gary Player for you.

And the man with 15 grandchildren in America hates that their country is the fattest. Player made some poignant points when he spoke with USA Today.

He goes on to say U.S. children don’t have a chance against Chinese or Korean kids because Americans give “their children a soft drink and a doughnut to go to school” while Asians “finish school at 7 o’clock at night because there’s no sense of entitlement.”

The man they call “Mr. Fitness” won nine majors during his career, which coincided with the likes of Arnold Palmer and Jack Nicklaus. He credits his golf success to his arduous workout routines, and says it’s why he’s outliving most of his pals.

“Most of my friends are dead and I’m going on to 78. I’m so fit and strong,” he said. “I could get a heart attack, that can happen in life. But damn it all man, I get up in the morning at six o’clock… I’m in such great shape. I climb a mountain, I swim in my pool. I walk and I exercise. I don’t ask anyone on my ranch to do anything that I wouldn’t do. You got to keep your body moving, moving, moving.”

As for those photos, in case you haven’t already seen ESPN The Magazine‘s “Body Issue”: Player expresses his disgust for obesity in an ESPN video too: