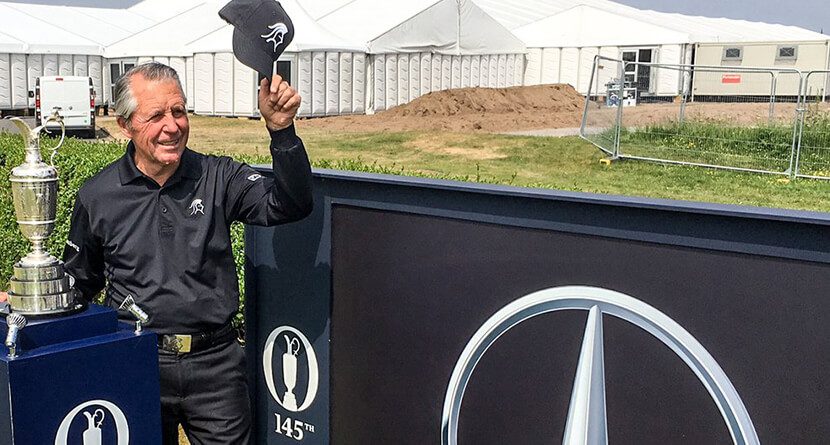 Gary Player is easily the most outspoken of golf’s elder statesmen. The Black Knight rarely is impartial on any ruling and when asked his opinion, he never shies away from comment.

Speaking from the host site of the 2016 Open Championship and asked about the recently released report from the United States Golf Association and R&A that claimed driving distances in the professional ranks since 2003 have only increased by 1%, Player didn’t hold back.


“It just doesn’t make sense,” said the 80-year-old. “You can’t take an average. Take the 20 longest hitters from whatever era you like, put it together and compare it to now – and you’ll see a 50-yard difference.

“I know because Nicklaus was leading driver with 287 and today, it’s got to be at least – well, the longest drivers like Rory – you keep hearing that he’s regularly hitting it 340-350 yards. That never happened in our time. It’s really laughable.

“I mean, there’s a guy called Jamie Sadlowski, he would stand on the first tee at St Andrews and drive over the green,” added Gary Player. “Never mind stats, eyes don’t lie and there are many players in the world who would drive over the green. So, I’m not interested in these stats. I’m seeing things that were not possible – 360, sometimes 400-yard drives.

“And this is why I’ve been vehemently outspoken about the ball. We’re in for big trouble if we don’t change the ball. In the years to come, you’ll see players drive the green on eight of the holes at St Andrews. Will that be an Open Championship? It’ll be laughable.

“We’ve got a tsunami coming because we’ve got guys going to the gym now and working out – which I was condemned for and called an idiot for doing – so it’s really a lot of crap. It’s Mickey Mouse what you’re seeing now because soon we’re going to see real athletes. It better change, otherwise they’re [R&A/USGA] going to be caught with their pants down.”