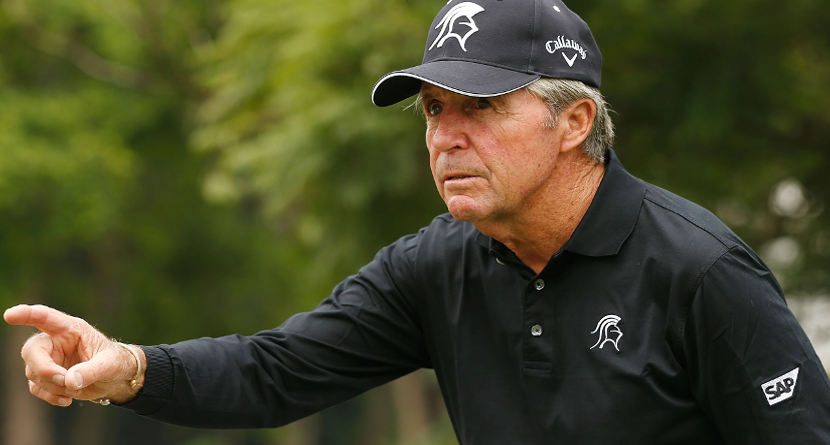 At 77 years old and with nine majors in tow as well as hundreds of successful course designs, Gary Player does not need another career.

Still more active than most people even one-third his age, and likely in better shape, however, maybe the Black Knight can’t help himself.

On Friday night, Player decided to do his best unsolicited Tony Robbins impression in response to a tweet from Arjun Atwal.

After missing the cut at the Valero Texas Open, Atwal — a winner in Greensboro as a Monday qualifier in 2010 — tweeted twice in despair:

@arjunatwal Then it can only get better. Come on Arjun, be positive, work hard, be patient. You will have better days to come my friend.

Atwal didn’t seem convinced, but was thrilled with the pep talk.

@garyplayer thanks mr. Player but I don’t think I’m as tough as you are

Splitting time between the PGA Tour and Web.com Tour this year, Atwal has missed four of five cuts. Maybe this will change things.