Gary Player Is Not Happy With Guys Skipping The Olympics 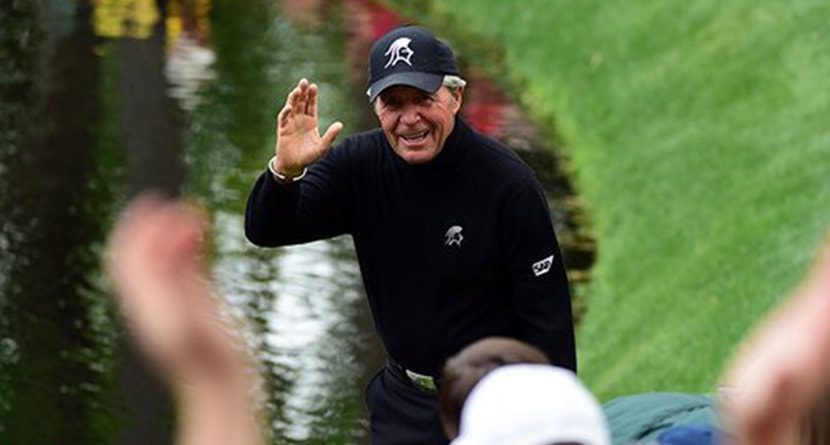 Gary Player is the undisputed most-traveled golfer to ever live. The South African claims to have flown more than 15 million miles all over the globe for the game he loves.

Never able to participate in the Olympics as a competitor, Player will captain the South African Olympic Golf Team in Rio in 2016. However, with two of his country’s best players opting to sit out of the Games, Player released a statement giving his thoughts on the matter.

My thoughts on players withdrawing from the Olympic Games… pic.twitter.com/nI5S5k5unq

While Player is hardly alone in his stance, there are other real risks that prospective players must weigh, including health precautions due to the outbreak of the Zika virus. Both Schwartzel and Oosthuizen find themselves in a similar position to Adam Scott, who announced he wouldn’t be participating in the Olympics earlier this month.

All three are in their early 30s and have young families that they must think about.

Will say this again—Adam Scott probably wants more kids, and doesn’t want the zika virus. Anyone who hates on that is being a jerk.

When the Olympic host country has a deadly virus that can cause serious birth defects, some athletes will skip. And they’re smart.

And here is Sports Illustrated and Golf.com writer Alan Shipnuck on the other side:

The Olympics is the biggest sporting event on the planet. It can only help golf (and golfers) to be part of it.

The majors are more important to some folks than a gold medal. So what? The World Cup means more than the Olympics but both are still big.

This notion that Oly has to be “pinnacle of the sport” is silly. Whither hoop, tennis, soccer? If that’s the criteria you lose great games.

There will be 16 majors between Olympics. How many of those winners will be forgettable? Gold medal becomes special because of its scarcity.

I would like to see the Oly field expanded so more top players get in. That can happen. A format change can, too. But just getting in is BIG