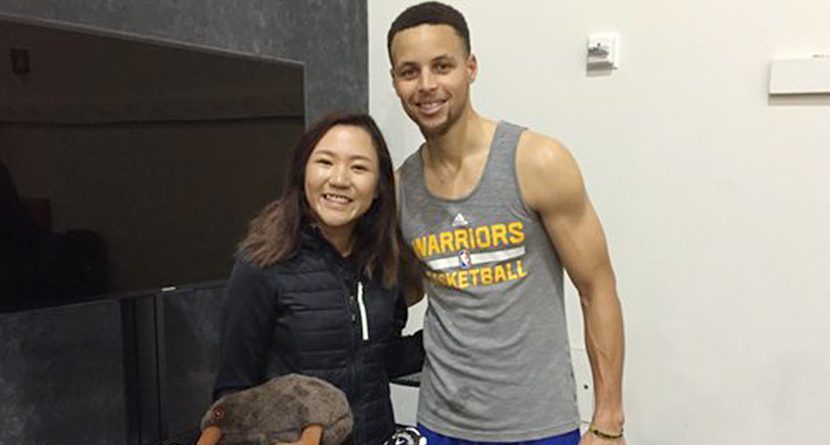 The Golden State Warriors are chasing history this season, but already at 57-6 and with a playoff berth clinched, some of the golf-loving members of the team have been given a level of independence by head coach Steve Kerr to use their practice time in whatever way they see fit.

This is just about the only time @StephenCurry30 misses from long-range. pic.twitter.com/7Sozvhnkb8

For reigning NBA MVP Stephen Curry and reigning NBA Finals MVP Andre Iguodala, that independence translates to working on their putting strokes at the Warriors practice facility. Fresh off of a round at Augusta National last month, Steph and Andre were joined in the gym by the No. 1 women’s golfer in the world, Lydia Ko.

Ko was in the Bay Area for the media day for Swinging Skirts and swung by the practice facility. After snapping pictures with Curry and Iguodala, Ko tried her hand at the Warriors’ game.

Line was right, but the distance was off. It’s never in when it’s short. @warriors @AimPointGolf #GoInYourHomeBall pic.twitter.com/yNrgK0tZ3t