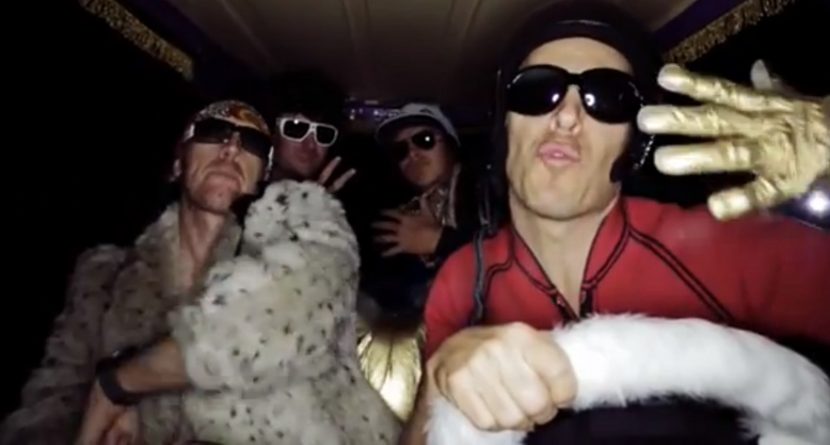 God have mercy on us all. The Golf Boys are back.

The sport’s boy band — comprised of Bubba Watson, Rickie Fowler, Ben Crane and Hunter Mahan — released their second single (if you can call it that) on Monday. Entitled “2.Oh” in homage to their breakout “hit” “Oh, Oh, Oh,” the boys are up to their usual antics.

There’s Bubba Watson pulling off the Diet Coke-Mentos trick while he hits a drive, the Fab Four with tan marks spelling out “Boys,” riding around in a “Pimp My Ride” golf cart, as well as shimmying around in an oversized flat-brim cap.

As Bubba would say, you’re welcome.