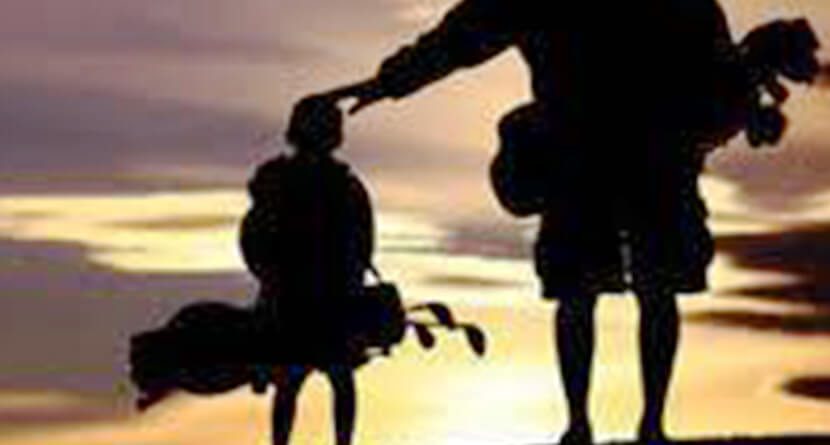 Child prodigies in golf seem to be a dime a dozen, but typically we seem them fizzle out on their own uncertain terms. For a 10-year old girl from Virginia, the golf clubs have literally been taken from her hands by Judge Jeanette Irby during a custody battle between her parents.

Deadspin.com’s Dave McKenna brought the story to the national stage.

Earlier this month, Judge Jeanette Irby of the Circuit Court of Loudoun County, Va. entered her ruling in the case of Michael Vechery vs. Florence Cottet-Moine, a dispute over custody of their 10-year-old daughter.


The legal wrangling is now in its seventh year. Among the mundane and stereotypical custody-dispute edicts about which parent gets the kid for birthdays and Thanksgivings, in the latest ruling Judge Irby threw in an odd clause: The child “shall not be permitted to play competitive golf for one year.”

The ban comes as the kid is thriving on the links. By the count of Vechery, a career real estate salesman and part-time golf coach, his daughter has won 11 of the last 12 tournaments she’s entered in the Mid-Atlantic region. In November 2014, just before she turned nine years old, she shot a six-under par 30 in the nine-hole NoVa Fall Tour Championship. (Kids’ tournaments are typically nine holes.) “We’re going to have to do some random testing today,” the tournament director joked when announcing the winner’s score, which Vechery was told was the lowest nine-hole score for any 9- or 10-year-old in the entire U.S. for the year. She got a blurb in the Washington Post last fall when she played in the 2015 club championships for Algonkian Golf Course in Sterling, Va., the first and still only 18-hole round she’s ever played, and won the all-ages women’s division with a round of 84 on the 5,500-yard course.

The pertinent passage in the most recent custody ruling:

“[Vechery’s child] shall not be permitted to play competitive golf for one year. Competitive golf is defined by the court as no tournament and no lessons with any golf pro with the exception of the father. The father and [child] may play no more than one round of golf per week for five hours with putting and practice whichever is greater.”

Vechery has taken his case for his daughter to the court of public opinion, or better put, the course of public opinion. PGA Hall of Famer Bob Toski has taken up the battle going so far as to try and get PGA Tour commissioner Tim Finchem involved.

The crux of the case comes down to a interesting decision by Vechery, who did not bring a lawyer to the latest custody hearing in which Irby handed down her ruling. And if you’re sitting there wondering why would a judge come down with such a seemingly arbitrary, yet debilitating ruling against the child, look no further than the comment section. StarryNight17 sums it up thusly…

“Vechery went into the latest custody hearing without a lawyer.”

So the mother had a lawyer and the father didn’t…and golf is an activity that the daughter does with her father.

I’m no attorney, but I think this seems like a pretty obvious cause here.