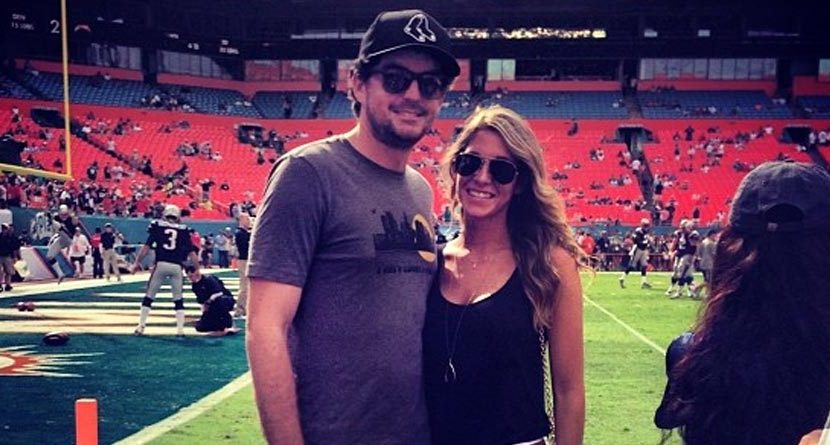 NFL free agency marks the start of the new NFL year, creating buzz around the world with big names on the move to new teams. The Denver Broncos have been big spenders this offseason, writing checks for defensive end DeMarcus Ware, cornerback Aqib Talib and safety T.J. Ward.

With all this free agency madness taking place, some members of the golf world decided to weigh-in on what’s been happening. Keegan Bradley, a known Boston sports fan, didn’t seem too happy about Talib leaving his New England Patriots for the Broncos.

Talib to Denver is just gross.

Hunter Mahan didn’t seem to have a problem with the Broncos’ recent moves, but he was confused about the Saints front-office decisions.

The Broncos are getting really good in a hurry!

Why are the saints trading Sproles?

When news broke that seven-time Pro Bowler DeMarcus Ware signed with the Broncos, Cowboys fans lost all hope that the future Hall of Famer would resign with Dallas. Jordan Spieth was one of those people.

Happy for Ware. Hope he wins a SB in Denver. Will always be a fan of his.

Wide receiver Steve Smith’s career with the Carolina Panthers hangs in the looms, as his agent has reportedly said Smith will not be back in Carolina next season. Harold Varner expressed his feelings toward Smith moving on, saying his Panthers will “survive” and “get better.”

Steve Smith is not a Calvin Johnson let’s be serious. We will survive and we will get better. Our future is bright as ever. #keepmoving