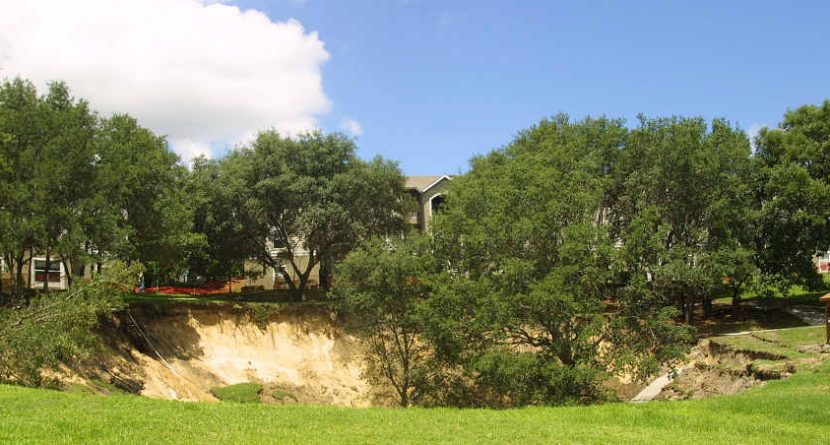 You can’t make this kind of stuff up. No one would believe you.

St. Louis-area golfer Mark Mihal was standing in the 14th fairway at Annbriar Golf Course in Waterloo, Ill., on Friday, after hitting his approach shot. Before he could step off the yardage for his partner’s shot, however, he dropped suddenly into an 18-foot-deep sinkhole.

“I felt the ground start to collapse and it happened so fast that I couldn’t do anything,” Mihal said Monday in a post at GolfManna.com, a fantasy golf site which he co-founded. “I reached for the ground as I was going down and it gave way, too. It seemed like I was falling for a long time. The real scary part was I didn’t know when I would hit bottom and what I would land on.”

He landed on mud, in a hole 10-feet wide at the bottom. During the fall, he dislocated his shoulder. Mihal’s partner, Ed Magaletta, called the clubhouse looking for help. The course staff had a 12-foot ladder — not enough to extricate Mihal with his shoulder injury. Magaletta sprung into action, going into the sinkhole himself, MacGyver-ing a sling for Mihal’s shoulder and getting him out of the sinkhole in 20 minutes.