Golfer In ‘Disbelief’ After 2 Aces in Same Round 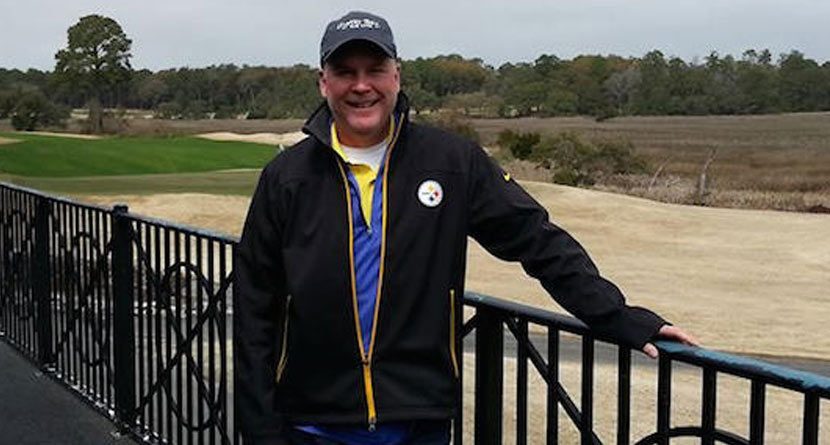 Apparently, making an ace isn’t as difficult as once perceived.

Roughly a week ago, there was the story of Cael McLellan, the son of San Jose Sharks head coach Todd McLellan, who made back-to-back aces on a par-3 course. And shortly before that story, there was the 92 year-old woman making a hole-in-one. Now, we’ve got the story of John Ponter, the 53-year-old golfer who recorded two aces in the same round.

Ponter was on vacation in Myrtle Beach when a scheduling snafu sent him in search of an unlikely tee time. That’s when the first stroke of luck kicked in for Ponter. After fortuitously scoring an 8:20 tee time at Oyster Bay thanks to a late cancellation, Ponter proceeded to achieve the next-to-impossible. During his “career-best” round of 89, Ponter aced the par-3 6th and the par-3 15th holes in the same round. Doing so is calculated to be an astronomical 67 million-to-1 feat.

Having never made or even seen an ace in person before, Ponter said his “reaction was disbelief.”

For what it’s worth, we definitely believe you, John.